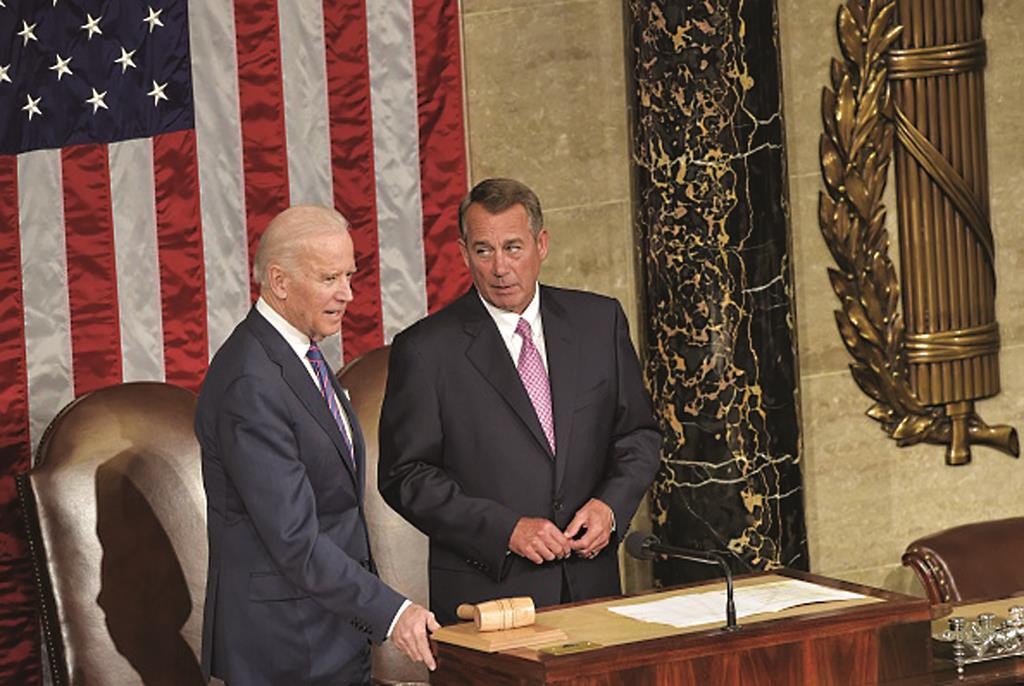 When Israeli Prime Minister Binyamin Netanyahu makes his speech to a joint session of Congress on March 3, he may find the house somewhat less than full.

Notably, Vice President Joe Biden may not be lending his hand to the usual standing ovations for Netanyahu, who has been received enthusiastically in former appearances.

Biden would not confirm his plan to attend when asked by Politico. Since the vice-president normally sits behind the speaker of the House during addresses by foreign leaders, his absence during Netanyahu’s speech would be a conspicuous; sign of the administration’s disapproval of a visit about which it was not consulted, a breach of protocol that has badly aggravated bilateral tensions.

However, the White House is reportedly not seeking to dissuade Democrats from attending, though “it isn’t telling Democrats to go, either.”

Other Democrats are also talking about the possibility of skipping the speech.

Rep. Steve Cohen (D-Tenn.) said that “I just don’t know if it’s the proper response or not. But I just think it’s a mistake and it might be a proper protest. But I haven’t made that definite decision.”

“With his election being so soon, and with the negotiations we have going on with Iran, he’s put himself in a political situation here that’s probably adverse to the best interest of Israel.”

Rep. John Yarmuth (D-Ky.) tried to be evasive, saying that he “hadn’t thought about” whether he will attend.

“I don’t even know what else is on my schedule,” he said. “It wouldn’t be an official boycott. I wouldn’t announce that I wasn’t going. But I don’t really blame Netanyahu — although I’m not a fan of Netanyahu — but I don’t blame him for coming.”

Also on Wednesday, Israel’s ambassador to the U.S. Ron Dermer got an earful from seven House Democrats angered by his boss’s acceptance of Republican speaker John Boehner’s invitation to address Congress, The Associated Press reported.

During Dermer’s meeting with Jewish Democrats, they complained about the escalating partisanship surrounding the upcoming speech and made clear to Dermer that Israel needs to find a way to lower the political temperature, according to a senior congressional aide.

Several Jewish House Democrats met last week during the party’s retreat in Philadelphia to try to figure out what to do about the speech.

“I organized the meeting with Ambassador Dermer, and I invited key congressional Democratic supporters of Israel to attend,” Rep. Steve Israel (D-N.Y.) said in a statement. “There were a wide range of views that were discussed, but one thing we all agreed on emphatically is that Israel should never be used as a political football.”

Participating in the meeting with Dermer were Democratic Reps. Sander Levin of Michigan, Jerrold Nadler and Nita Lowey of New York, Ted Deutch of Florida, Jan Schakowsky of Illinois, and Debbie Wasserman Schultz of Florida, who also heads the Democratic National Committee.