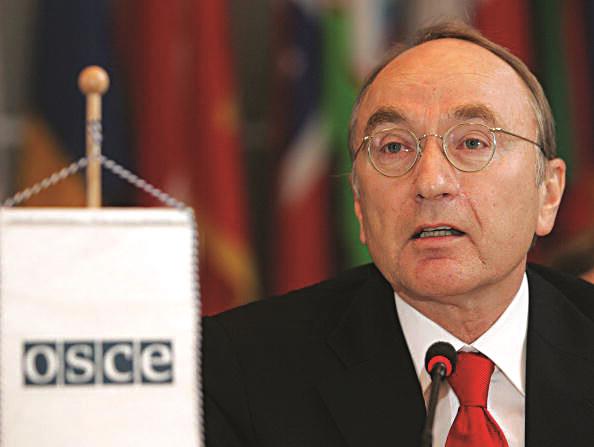 Israeli Prime Minister Binyamin Netanyahu said on Tuesday that following the resignation of the head of a Gaza war inquiry, the U.N. should shelve the investigation.

Canadian academic William Schabas, who was leading the U.N. probe into Operation Protective Edge, said on Monday he would resign after Israeli allegations of bias due to consultancy work he did for the Palestine Liberation Organization.

However, U.N. officials said that the work of the inquiry into possible war crimes in the Gaza conflict continues and the panel will produce its report on time next month despite the resignation.

Schabas’s resignation follows a letter from Israel’s ambassador to the United Nations in Geneva, Eviatar Manor, to Human Rights Council President Joachim Ruecker of Germany, decrying what he called a “blatant conflict of interest” and Schabas’s prior relationship with the Palestinians. He demanded his immediate dismissal.

The January 30 letter was made public on Tuesday.

Schabas admitted in a letter to Ruecker that he had been paid $1,300 for a legal opinion to the PLO in Oct. 2012, but insisted that he had acted with full “independence and impartiality” as chairman.

“The president respects the decision of Professor Schabas and appreciates that in this way even the appearance of a conflict of interest is avoided, thus preserving the integrity of the process,” Ruecker said in a statement.

The investigators are “now in the final phase of collecting evidence from as many victims and witnesses as possible from both sides,” he said.

One of the two remaining members, Mary McGowan Davis of the United States, was named as the new head of the inquiry on Tuesday. The other member is Doudou Diene of Senegal. A third legal expert will not be appointed.

“This is the same council that in 2014 made more decisions against Israel than against Iran, Syria and North Korea combined,” Netanyahu said, adding that Gaza’s Hamas rulers “need to be investigated, not Israel.”