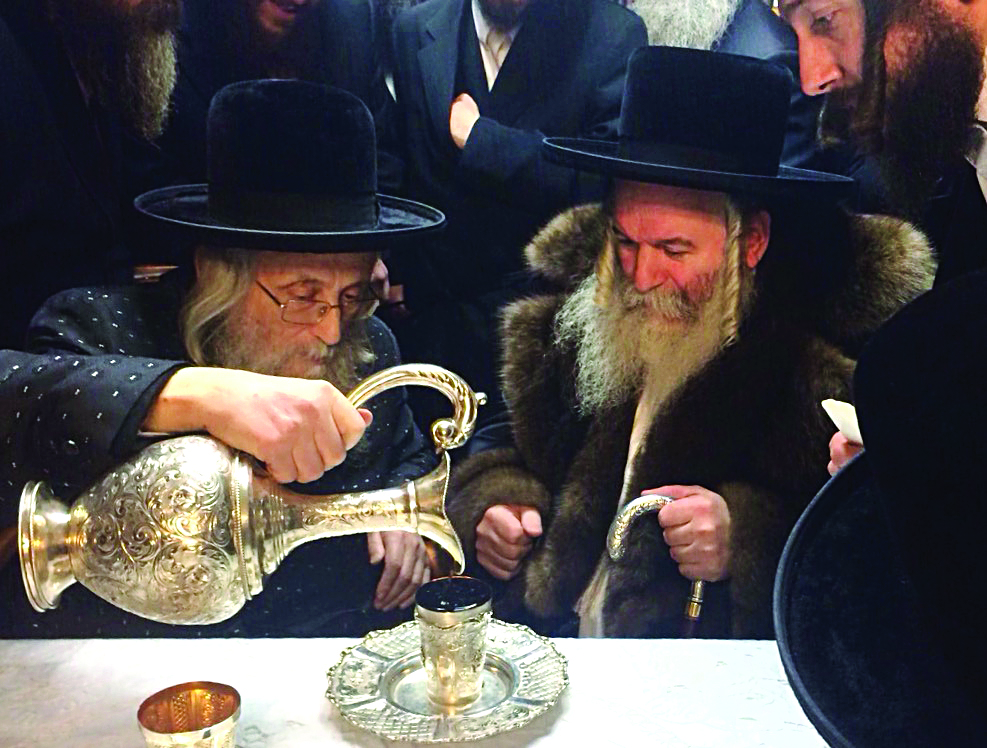 Thousands of Bobover Chassidim from around the world are preparing to join the Bobover Rebbe, shlita, on a trip to Eretz Yisrael. Almost the entire kehillah is expected to participate, with the majority departing Wednesday.

The trip is an historic event, comparable only to similar ones made by the Rebbe’s saintly father, the Bobover Rebbe, Reb Shlomo Halberstam, zy”a.

The Rebbe is making the trip in honor of the dedication of the newly constructed Yeshivah Eitz Chaim D’Bobov in Bnei Brak, a magnificent edifice that dominates the Bnei Brak landscape.

The building, Binyan Chaim V’Sara Schlaff, is dedicated in memory of Reb Chaim Yehuda Schlaff, z”l, and his wife, Sara, a”h, of Vienna.

In the few short years that it has been open, the yeshivah has earned acclaim as a remarkable institution.

In preparation for the journey, the Rebbe established Gemach Nefesh Shlomo, which will support Chassidim in Eretz Yisrael with dignity by providing interest-free loans in times of need. The Rebbe requested that every Chassid give tzedakah to help establish the new Gemach. Even young children were encouraged to make a token donation of eighteen cents, so that they too could be part of this tremendous tzedakah initiative.

Over the past months, the Rebbe spoke often and at great length about the trip. On Shabbos at shalosh seudos, the Rebbe bid farewell to the kehillah with great warmth and passion. He discussed the importance of the trip, outlining the responsibility to support his Chassidim in Eretz Yisrael and the strength of praying at holy sites, including the burial places of tzaddikim. At the same time, he exhorted the Chassidim to be mindful of physical and spiritual dangers that would face the large entourage.

His message echoed the Rebbe’s talk which he gave on Sunday to the children staying behind. The Rebbe asked that these young, pure-hearted children pray for the wellbeing of their parents and everyone who would be taking the trip. The Rebbe handed a book of Psalms to each child, and told the children to recite the 23rd Psalm every day. (Hashem ro’i lo echsor)

The trip began on Sunday evening, when the Rebbe departed for the airport, escorted by hundreds of Chassidim. On Monday, he visited the Gaavad of Yerushalayim, Harav Yitzchok Tovia Weiss, shlita.

He then visited the Belzer Rebbe, shlita, where the conversation centered on Bobov and Belz ancestry, the close ties between Bobov and Belz, and the great merit of helping the poor of Eretz Yisrael, particularly by supporting Kollel Chibas Yerushalayim of Reb Meir Baal Haness.

On Tuesday the Rebbe was in Kiryas Bobov in Bat Yam. He led a magnificent gathering in honor of Chamishah Asar BiShevat, and personally greeted his Israeli Chassidim.

The entire group will join the Rebbe on Thursday at a massive gathering arranged by Kollel Chibas Yerushalayim in honor of their leader, the Rebbe, shlita. The gathering will be attended by Torah luminaries, as well as thousands of Chassidim from throughout Eretz Yisrael, the United States, and Europe.

The trip will continue through the week, highlighted by the massive building dedication, and a celebration for dedicating a new Torah scroll in Bnei Brak on Sunday. This will be followed by visits to holy places, and by more events.

Bobover Chassidim from Eretz Yisrael and abroad are looking forward with anticipation to an uplifting week, and to the memories they will create and treasure for years to come.