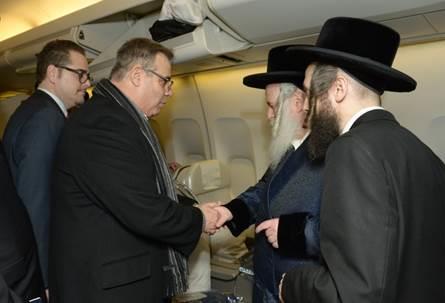 The Bobover Rebbe on Sunday night set out for a weeklong visit to Eretz Yisrael, leading about 1,200 chassidim to celebrate the opening of a new shul in Bat Yam.

The Rebbe, Harav Benzion Halberstam, shlita, left from John F. Kennedy International Airport. Prior to departure, he was greeted on the plane by Shmuel Kuzi, EL AL vice president and general manager for North and Central America.