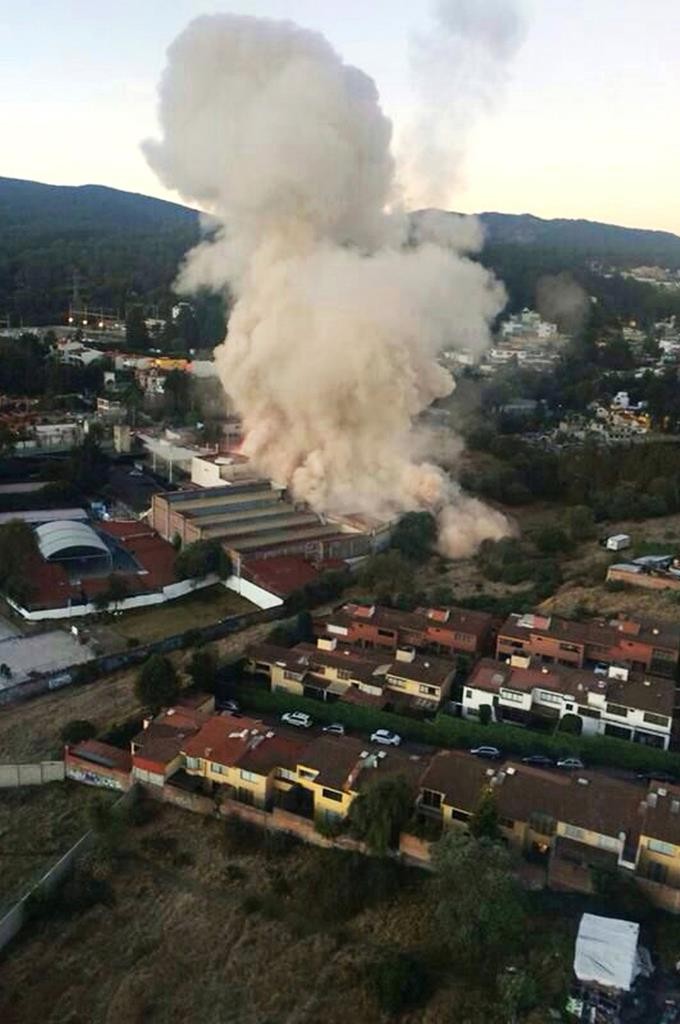 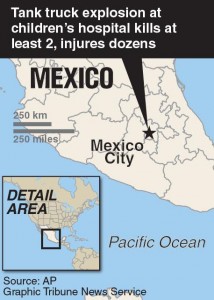 Injured and bleeding, mothers carrying infants fled from a maternity hospital shattered by a powerful gas explosion Thursday, and rescuers swung sledgehammers to break through fallen concrete hunting for others who might be trapped.

At least two people were killed and more than 60 injured, Mexico City Mayor Miguel Angel Mancera said at a news conference. The known dead were a woman and a child.

Mancera said 70 percent of the hospital had collapsed and the priority was to continue digging in search of any trapped survivors. Authorities said they had confirmed that none of the children registered in the hospital were trapped, but said it was possible that others who had come for appointments could be.

The city’s health secretary, Armando Ahued, said the adult victim was a 25-year-old woman and the child was a newborn, between 2 and 3 weeks old. He said seven infants and seven adults were in serious condition at area hospitals.

The explosion occurred at 7:05 a.m. when a tanker truck was making a routine delivery of gas to the hospital kitchen and gas started to leak. Witnesses said the tanker workers struggled frantically for 15 or 20 minutes to repair the leak while a large cloud of gas formed.

Workers on the truck yelled: “Call the firefighters, call the firefighters!” said anesthesiologist Agustin Herrera. People started to evacuate the hospital, and then came a devastating explosion that sent up an enormous fireball and plumes of dust and smoke.

Herrera saw injured mothers walking out carrying babies. He said there had been nine babies in the 35-bed hospital’s nursery, one in very serious condition before the explosion.

“We avoided a much bigger tragedy because the oxygen tanks right beside [the area] didn’t explode,” Herrera said.