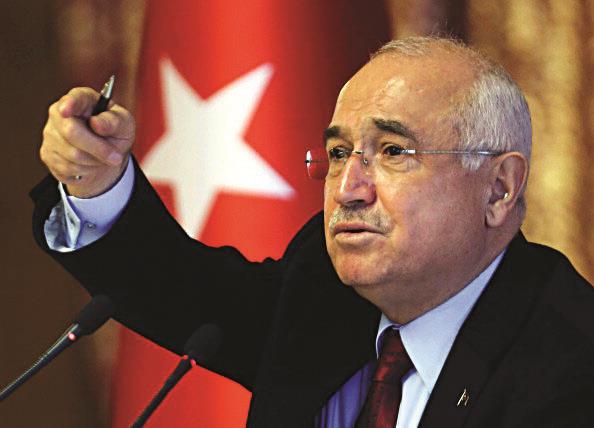 Israel on Wednesday accused a senior Turkish official of “misusing” a Holocaust commemoration to criticize Israeli policy, the latest exchange in a bitter row between the former allies.

Turkish Parliamentary Speaker Cemil Cicek late on Wednesday addressed members of Turkey’s Jewish community and others at a Holocaust Memorial Day event and said rising anti-Semitism was linked to the Israeli-Palestinian conflict.

“As we remember the pain of the past, no one can ignore the last attacks on Gaza, in which 2,000 innocent children, women were massacred. We need to see the picture as a whole,” Cicek said.

Emmanuel Nahshon, spokesman at the Israeli Foreign Ministry, told Reuters that Cicek “unjustly and harshly criticized [Israel] at a moment that is absolutely inappropriate.”

“Israel expresses its disappointment that a solemn event of an international nature dedicated to the memory of the Holocaust victims was misused in order to criticize Israeli policies,” Nahshon said.