World Families Plead for Lives Of IS Hostages
World 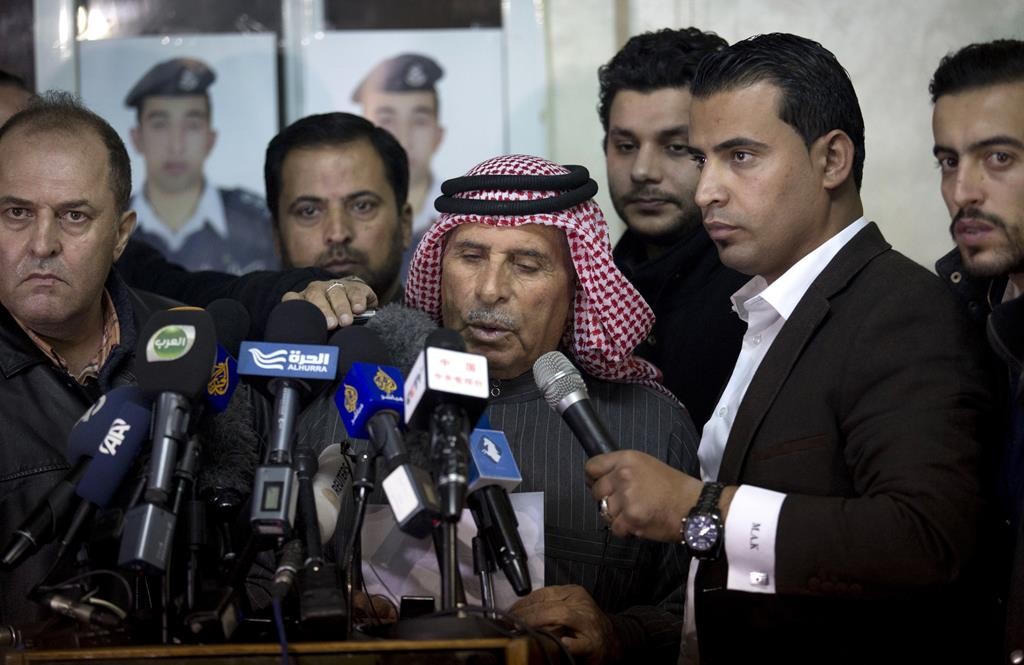 The father of a Jordanian fighter pilot and the wife of a Japanese journalist held by the Islamic State group pleaded for their family members’ lives after a possible prisoner swap wasn’t carried out by a deadline of sunset Thursday.

The terrorists had demanded that Jordan release a female al-Qaida prisoner from death row, and threatened in an audio message to kill the airman if she was not freed by the deadline.

After sundown in the Middle East, there was no word on the fate of Lt. Muath al-Kaseasbeh and journalist Kenji Goto, and the families’ agonizing wait dragged on.

“We received no assurances from anyone that he is alive,” Jawdat al-Kaseasbeh, a brother of the pilot, told The Associated Press. “We have no clue about where the negotiations stand now. We are waiting, just waiting.”

The possibility of a swap was raised Wednesday when Jordan said it was willing to trade Sajida al-Rishawi, the al-Qaida prisoner, for the pilot.

However, the audio message purportedly posted by the Islamic State group only said the pilot would be killed if al-Rishawi was not delivered to the Turkish border by the deadline. There was no mention of Goto and no word on whether the pilot would be traded for the woman.

On Thursday afternoon, Jordan’s government spokesman, Mohammed al-Momani, signaled that the swap was on hold because the hostage-takers had not delivered proof the pilot is still alive.