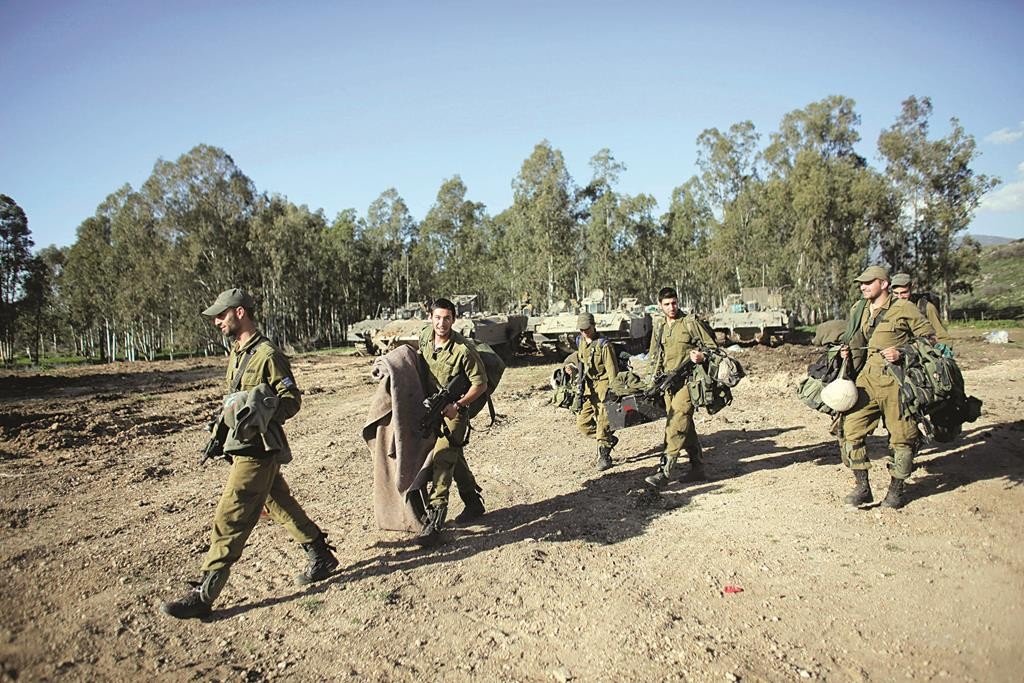 Israel confirmed on Thursday that a ceasefire deal had been worked out with Hizbullah after the revenge attack that killed two IDF soldiers and wounded seven others on Wednesday near the Lebanese border.

Asked on Army Radio whether Hizbullah had sought to de-escalate, Defense Minister Moshe Yaalon said: “There are lines of coordination between us and Lebanon via UNIFIL and such a message was indeed received from Lebanon.”

However, the situation remains volatile. Yaalon also described Israeli forces on the Lebanese border as being vigilant, but not on war footing. “I can’t say whether the events are behind us,” he told Israel Radio. “Until the area completely calms down, the Israel Defense Forces will remain prepared and ready.”

UNIFIL officials did not immediately confirm or deny passing messages between Israel and Hizbullah. UNIFIL says it has no contacts with Hizbullah but is in touch with the Lebanese government, of which Hizbullah is a part.

In Beirut, a Lebanese source briefed on the situation told Reuters that Israel informed Hizbullah via UNIFIL “that it will make do with what happened yesterday and it does not want the battle to expand.”

IDF spokesman Lieutenant-Colonel Peter Lerner said Hizbullah fired Kornet anti-tank missiles in Wednesday’s attack from 2-2.5 miles away – an extreme range for the weapon that apparently lent the launchers the element of surprise.

Lerner linked Hizbullah’s tactical skill to its Syria intervention: “This should not come as a great surprise given that they have gained so much live combat experience over the past two years.”

In the U.N., Spain’s ambassador blamed Israel for the circumstances leading to the death of a Spanish U.N. peacekeeper who caught in IDF return fire aimed at Hizbullah terrorists in Wednesday’s incident. The peacekeeper was been identified as Cpl. Francisco Javier Soria Toledo, 36.

“It was because of this escalation of violence, and it came from the Israeli side,” Spanish Ambassador Roman Oyarzun Marchesi told reporters.

However, U.N. officials have said only that the cause of his death is under investigation.

Israel’s Deputy Foreign Minister Tzachi Hanegbi expressed condolences over the death and promised a full investigation, in a meeting Thursday morning with the Spanish ambassador to Israel.

Despite the efforts to restore calm to the border area, Foreign Minister Avigdor Lieberman insisted on Thursday that a more aggressive policy was called for. Failure to respond more forcefully to the Hizbullah attack will harm Israel’s deterrence capability, he said. If the situation is left the way it is, it means that Hizbullah can fire into Israeli territory with virtual impunity.

“Yesterday Israel was forced to close airports again, this time in Haifa and Rosh Pina,” Liberman said. Roads and tourist sites were closed and the routine life of Israeli citizens was disrupted. Residents of the north and south can not be held hostage in this way,” he said.

Regarding the possibility of further clashes on the northern border, analyst Boaz Ganor of the Herzliya Interdisciplinary Center drew a grim distinction between Hizbullah and Hamas.

“Hizbullah has 100,000 rockets, compared with the 10,000 of Hamas. The human cost of such a war would be enormous and no Israeli leader will be pro-active in this direction,” he said.

But neither is the Lebanese militia eager for war with Israel. “The chances [of an escalation] are very slim, almost none, because none of the sides has an interest in moving to a big operation or a small war,” Yaakov Amidror, a former major general and security adviser of Israel, told AFP.

“Hizbullah is very busy in Syria; the last thing that it needs is a second front,” he said.