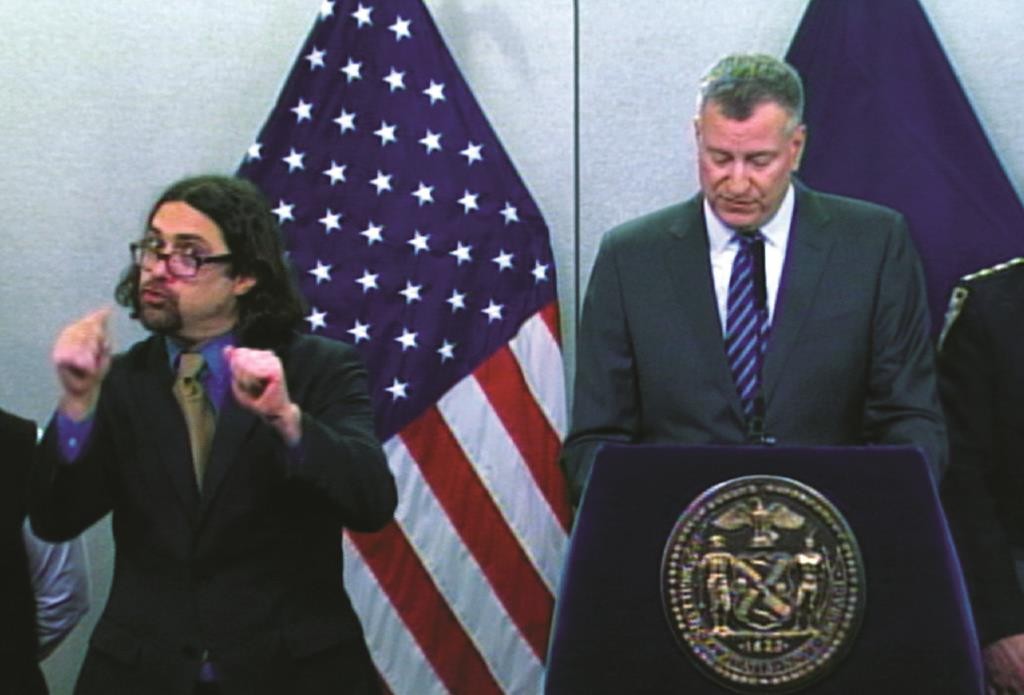 They were hanging on his every word — and gesture, body movement, and definitely the facial expressions.

Jonathan Lamberton, Mayor Bill de Blasio’s sign language interpreter, is getting a blizzard of attention for his highly animated ways that were on full display during recent weather briefings.

Standing a short distance away as de Blasio delivered serious warnings about impending snow, Lamberton was a whirlwind of movement — big gestures, incorporating his whole body, along with a variety of facial movements.

It’s actually American Sign Language, but the way Lamberton uses it makes the difference. Born deaf to deaf parents, he grew up communicating in ASL, essentially making it his native language. So when he signs, it’s with the full range of expressiveness deaf people use with each other, he said Wednesday.

“A lot of people seem to be enjoying my work and while that’s well and nice, I’m not there for their entertainment or to steal anyone’s show, I’m there to communicate critical information to the deaf community,” he said. “But people are seeing how beautiful ASL can be, and I’m happy about that.”