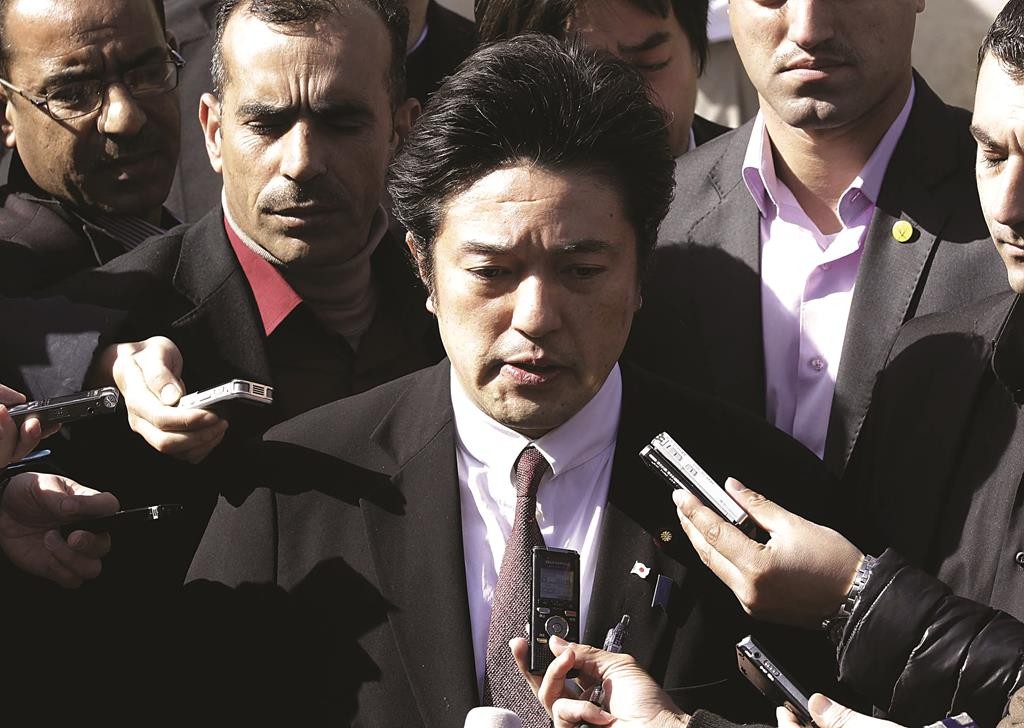 Jordan offered a precedent-setting prisoner swap to the Islamic State group Wednesday in a desperate attempt to save a Jordanian air force pilot the terrorists purportedly threatened to kill, along with a Japanese hostage.

Late Wednesday, the pilot’s father met with Jordan’s king who he said assured him that “everything will be fine.”

King Abdullah II faces growing domestic pressure to bring the pilot home. However, meeting the Islamic State’s demand for the release of a would-be hotel bomber linked to al-Qaida would run counter to the kingdom’s hard-line approach to the extremists.

Efforts to release the pilot, Lt. Muath al-Kaseasbeh, and Japanese journalist Kenji Goto gained urgency with the release late Tuesday of a purported online ultimatum claiming the Islamic State group would kill both hostages within 24 hours if the al-Qaida-linked prisoner was not freed.

By Wednesday evening there was no word on the fate of the hostages and no sign a swap was underway. In a possible indication of a holdup, Jordan’s foreign minister wrote online that Jordan had not received evidence the pilot was alive and healthy.

The scope of a possible swap and of the Islamic State group’s demands also remained unclear.

Any exchange would set a precedent for negotiating with the Islamic State, who in the past have not publicly demanded prisoner releases. Jordan’s main ally, the United States, opposes negotiations with terrorists.

The release of Sajida al-Rishawi, the al-Qaida-linked prisoner, would also be a propaganda coup for the terrorists who have already overrun large parts of neighboring Syria and Iraq.

Jordan is part of a U.S.-led military alliance that has carried out airstrikes against Islamic State targets in Syria and Iraq in recent months.