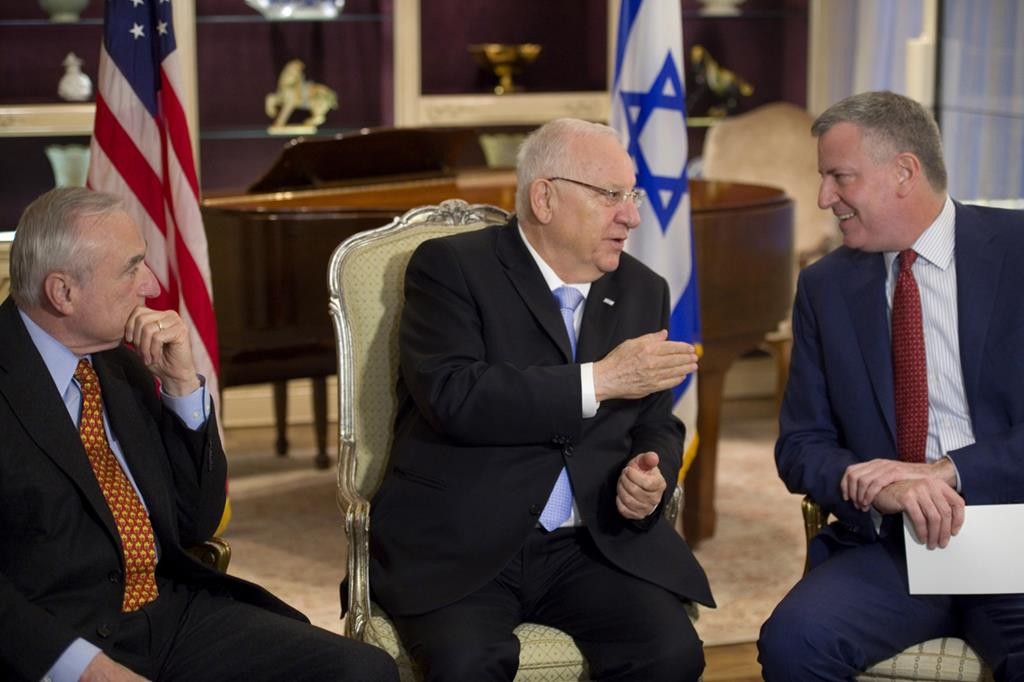 Mayor Bill de Blasio met with Israeli President Reuven Rivlin on Wednesday during his visit to New York, shortened due to the upcoming levayos of the two Israeli soldiers killed earlier in the day by Hizbullah missile fire.

The two talked about the weather, and de Blasio expressed his condolences for the victims of the Lebanese terror group’s attack.

“It’s very sad,” de Blasio said, “and we feel it here because of the ties between New York and Israel.”

The meeting, held at the high-end Park Lane Hotel, had heavy security, including NYPD barricades out front, a metal detector at the entrance that all entering had to pass through, and bomb-sniffing dogs.

Rivlin, a former Likud Knesset member, thanked de Blasio for his strong support of Israel, and joked that New York City is almost a second home for his countrymen.

“You are almost the mayor of everyone in Israel,” Rivlin said, “because there are two cities for every Israeli. One is the Old City, and the other one is New York.”