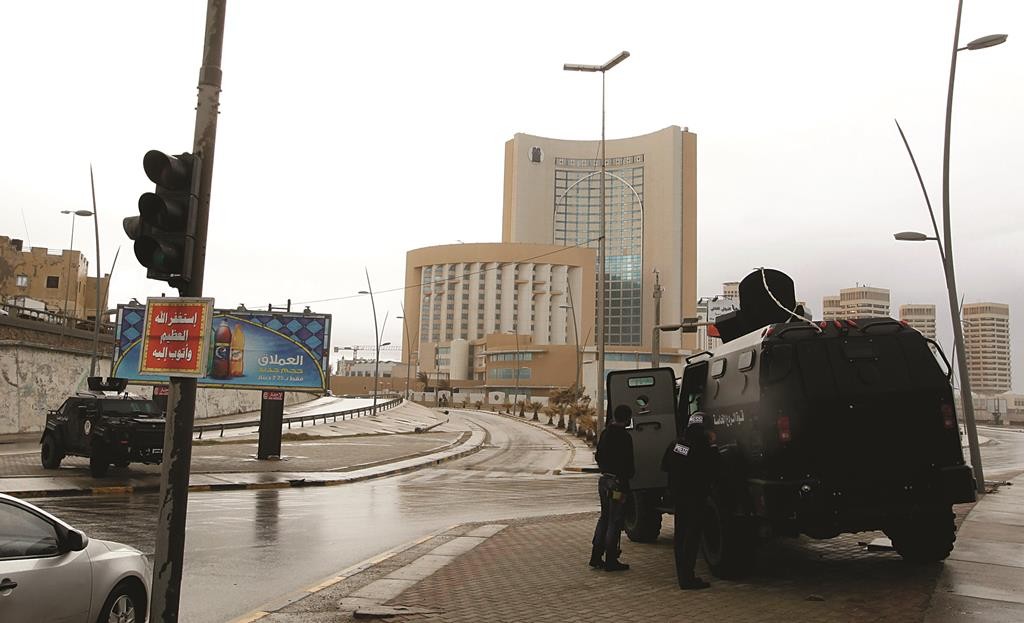 Two heavily armed gunmen stormed a luxury hotel in Tripoli favored by Libyan officials and visiting delegations on Tuesday, killing at least eight people, including four foreigners, before blowing themselves up with a grenade.

Officials said shooting erupted inside the five-star Corinthia Hotel and security forces evacuated guests, including Tripoli’s prime minister and an American delegation, after the gunmen blasted through the building’s security and reception.

It was one of the worst assaults targeting foreigners since the 2011 civil war that ousted Muammar Gadhafi and fractured the oil-producing North African state into fiefdoms of rival armed groups with two national governments both claiming legitimacy.

A terrorist group associated with Islamic State insurgents in Iraq and Syria claimed responsibility for the attack as revenge for the death of a suspected Libyan al-Qaida operative in the United States, according to the SITE monitoring service.

But Tripoli officials who have set up their own self-proclaimed government blamed Gadhafi loyalists bent on killing their prime minister, who was at the hotel, and said he was rescued without injury.