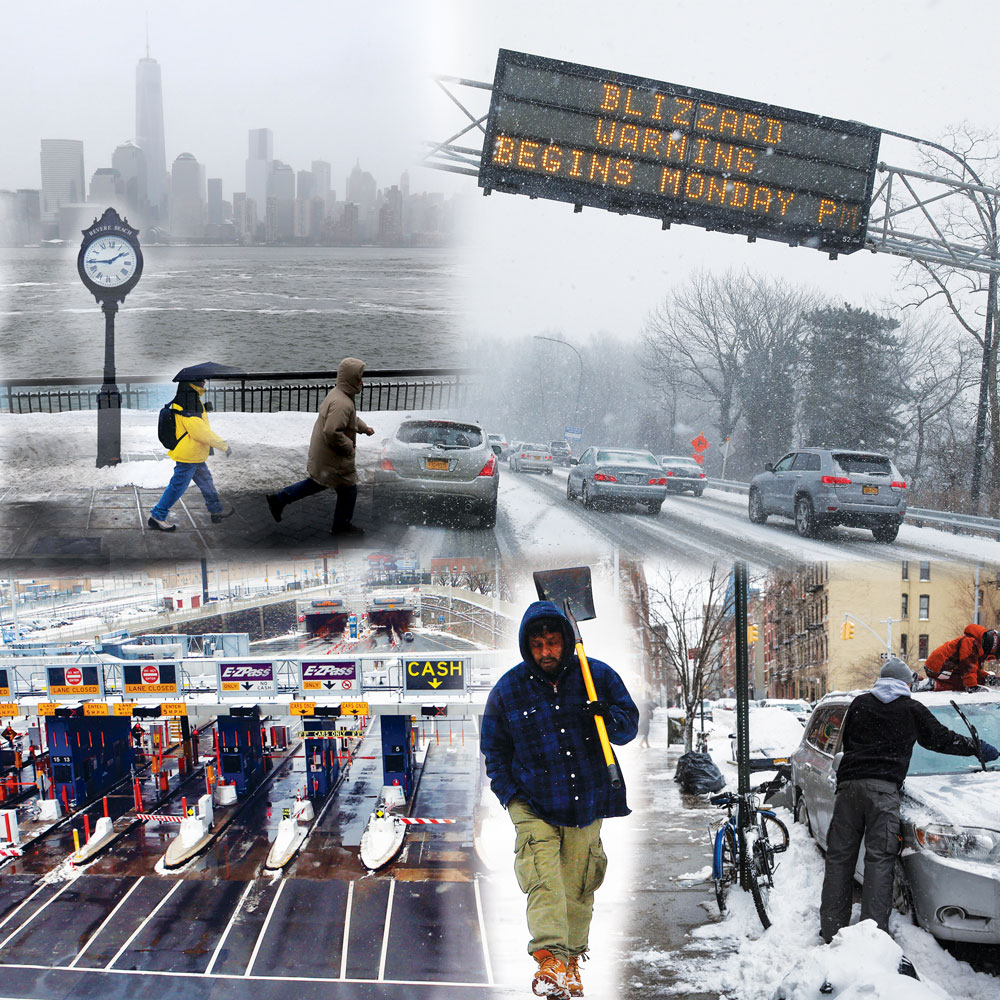 Travel bans were lifted in New York City and New Jersey and mass transit churned back to service Tuesday,  after a storm predicted to be a crippling monster proved far less threatening than forecast.

But to the north, blizzard conditions in New England on Tuesday were pummeling Boston, and airline travel in the Northeast was all but paralyzed with thousands of canceled flights.

Schools were closed in Boston, where snow accumulation was predicted to exceed two feet, and coastal residents, especially in Cape Cod, braced for the possibility of damaging floods. Maine and New Hampshire had declared states of emergency.

However the nation’s largest city, which officials all but shut down Monday night in anticipation of anywhere from one to three feet of snow, woke up to cold temperatures and several inches of snow.

In other words, it was a typical winter morning.

Further east, on the tip of Long Island and along the northeastern coast, blizzard warnings remained in effect through Tuesday as a result of the storm, which moved into the area on Monday.

The storm tracked 50 to 75 miles farther east than expected, the National Weather Service said, resulting in less snow than predicted in many areas, including Manhattan.

In New York and New Jersey, city and state officials defended their decisions to impose travel bans, close schools and take public transit systems off line, saying they did it in response to dire warnings of record-breaking snow that began Sunday as the storm moved toward the region.

“I was being told as late as 9 o’clock last night that we were looking at 20-inch accumulations in parts of New Jersey,” Gov. Chris Christie told the media on Tuesday, after his state and New York lifted their travel bans. “We were acting based on what we were being told.”

“Fortunately,” Christie added, “they were wrong.”

At a news briefing Tuesday morning, New York Gov. Andrew Cuomo noted that officials had not mandated massive closures last November during a storm in Buffalo because they had not expected a huge snowfall. However, seven feet of snow came down, paralyzing the city and causing a dozen deaths.

“You can have significant loss of life in these situations,” Cuomo said, emphasizing that he preferred to err on the side of caution.

Nevertheless, officials were sure to be criticized by locals, many of whom had no way of getting to work or other appointments due to the disrupted transit system. Officials said it would take several hours to bring the subways back to full speed.

At 7:30 a.m., Manhattan’s Upper West Side was eerily quiet for a weekday morning. Streets were empty and the only sounds were the buzzing of snowblowers and the crunch of shovels hitting the pavement as building workers cleared sidewalks.

On Broadway, the neighborhood’s main commercial artery, vehicles had been replaced with a trickle of people who were walking to work. They walked in the well-plowed street, which was clearer than most sidewalks.

One man who declined to give his name said he was walking from his home on West 113th Street to his finance job in TriBeCa, a distance of several miles, because he had no alternative.

Most businesses were closed, with the exception of a fast-food restaurant and a few 24-hour food stores.

Jose Padilla, 47, said he had come down from his apartment to see if the subway stop at West 96th Street and Broadway had reopened. It had not. He said elected officials had overreacted to the storm by shutting down all transportation.

“This is too much drama,” he said. “They’re making it difficult for everyone.”

Nikki Stark, 70, said she had come down to West 94th Street and Broadway to look for an open newsstand. She couldn’t find one.

“I’ve lived through worse,” Stark said of the storm. “But I did the usual, buying enough food for an army when I could have just crossed the street.” She pointed to a deli open for business.

As for shutting down the subway system, she said, “I think that was over the top.”