Community Dealing With the Blizzard That Wasn’t
Community 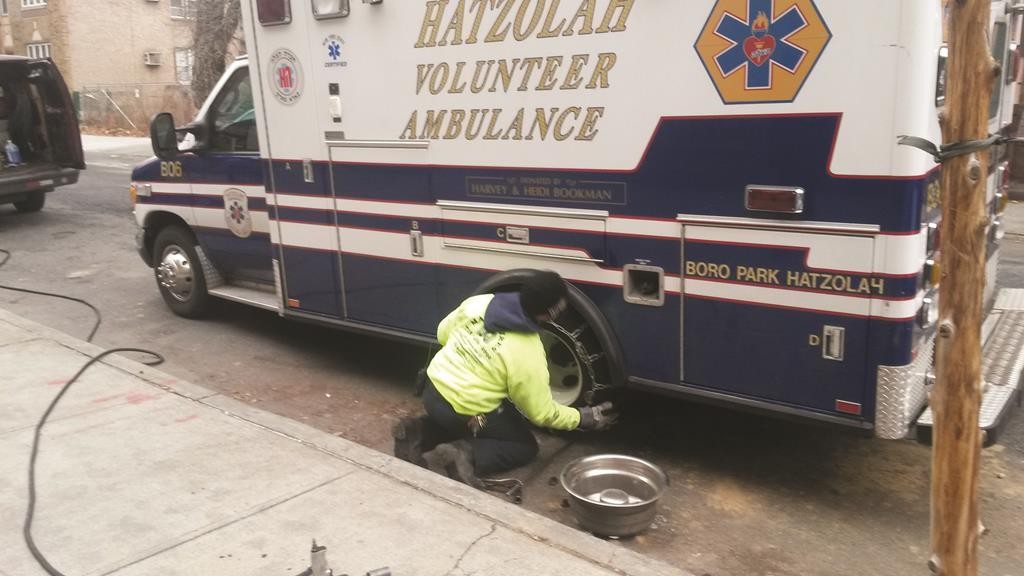 After bracing for what was predicted to be a “historic blizzard,” New Yorkers awoke Tuesday morning to under a foot of snow, a minor inconvenience but hardly what had been predicted. Despite the massive storm predictions not really coming to fruition, the specter of it was enough to throw the city into a good deal of chaos.

“Once the mayor decided to close the city last night, we had no choice but to close cheder for the day, since we use the Board of Ed’s busing,” said the principal of a Talmud Torah in Boro Park who requested that neither he nor the school be named. “In the past the city waited until early morning and then made a decision, but this time the weathermen and the media made everybody so crazy beforehand that I think the mayor was scared to take a chance.”

The principal said that the mesivta associated with his institution was open since the older boys are less dependent on transportation.

Berry Woller, bus manager for Bais Esther, Klausenburg, is the president of the newly formed Bus Transit Association, an organization of 47 bus managers from schools throughout Boro Park designed to serve as a means of coordinating and advocating with city agencies.

“From the information that I got from our members, it looks like very few if any of the girls’ schools opened, but most of the chedarim eventually had school, especially for the older grades. I know that Satmar, Pupa, Bobov and quite a few others had busing, but mostly only down the avenues,” said Woller. “One of the things that our organization is working on is communicating with parents about safety issues, particularly in snow. For example, it is very important to shovel a path between cars to have flat access to the bus; it’s dangerous to crawl over snow a child might slip on.”

Talmud Torah Yaakov Yosef, Skvere, was one of many Boro Park schools that was able to open after assessing the situation.

“Once we heard that the ban on using the roads was lifted at eight in the morning, we sent out our drivers to see if it was safe and they gave us a good report and we decided to open for fifth grade and up. With smaller kids we’re afraid of them slipping on the way to the bus,” said Shlomo Efer, manager of Talmud Torah Skvere. “We heard that the storm was supposed to be very bad, but we have learned from experience to wait and see for ourselves before closing cheder.”

The prediction of three feet of snow was enough to make baalei simchah consider adjusting their plans.

“I sang last night at a chasunah in Williamsburg, which they cut short by a few hours because everybody was nervous about getting home. By 10:40 the dancing was over, but there was a special simchah in the atmosphere,” said singer Yisroel Werdyger. “I had considered rearranging my plans for tonight, but now there’s no reason to.”

For Michael Berkowitz, whose son’s chasunah was called for Tuesday night, the blizzard that never hit was the best wedding present.

“The hall that we had booked, Ateres Chynka, called us yesterday and said that they had the next night open and wanted to know if we would consider switching, as it is difficult and more expensive for them to get all their staff together in a big snow,” said Mr. Berkowitz as he walked into the wedding hall on Tuesday afternoon.

“We asked Rav Pesachya Freid, who is going to be mesader kiddushin, and he told us to have bitachon, and that if the hall is willing to do it, not to push off the chasunah. And just like that, Hashem moved the whole storm 50 miles.”