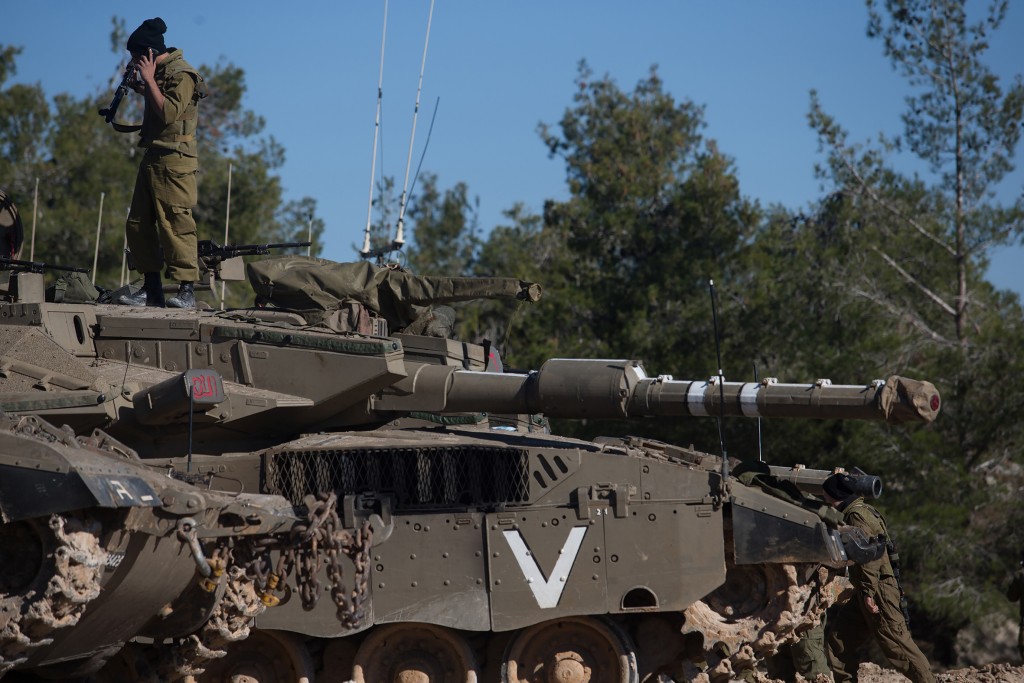 Tuesday, January 27, 2015 at 7:10 am | ז' שבט תשע"ה
YERUSHALAYIM – Four rockets were fired from Syria towards Israel on Tuesday, with two of them exploding in the northern Golan Heights, after a Code Red rocket alert siren was sounded near the border.
Initial reports said that the IDF returned artillery fire into Syrian territory.

At this stage, no injuries or damages were reported.

The IDF ordered an immediate closure of the Hermon ski area, and approximately 1,000 visitors are evacuating.

The IDF was searching the area to find where the rockets had fallen, and whether additional rockets fell inside Israel.

This was the first cross-border incident between Israel and Syria since an attack on Quneitra last week killed an Iranian general and six Hizbullah terrorists.

The IDF has installed concrete blocks on the Lebanon border as part of defense efforts following the airstrike in Syria that foreign media has attributed to Israel.

According to a military source, the blocks were deployed amid concerns of possible shooting attacks. The army has also beefed up infantry, artillery and armored forces in the area.

Also, the air force has been ready to react more quickly since the attack in Syria. Iron Dome anti-missile batteries were reportedly deployed in the north, as well.