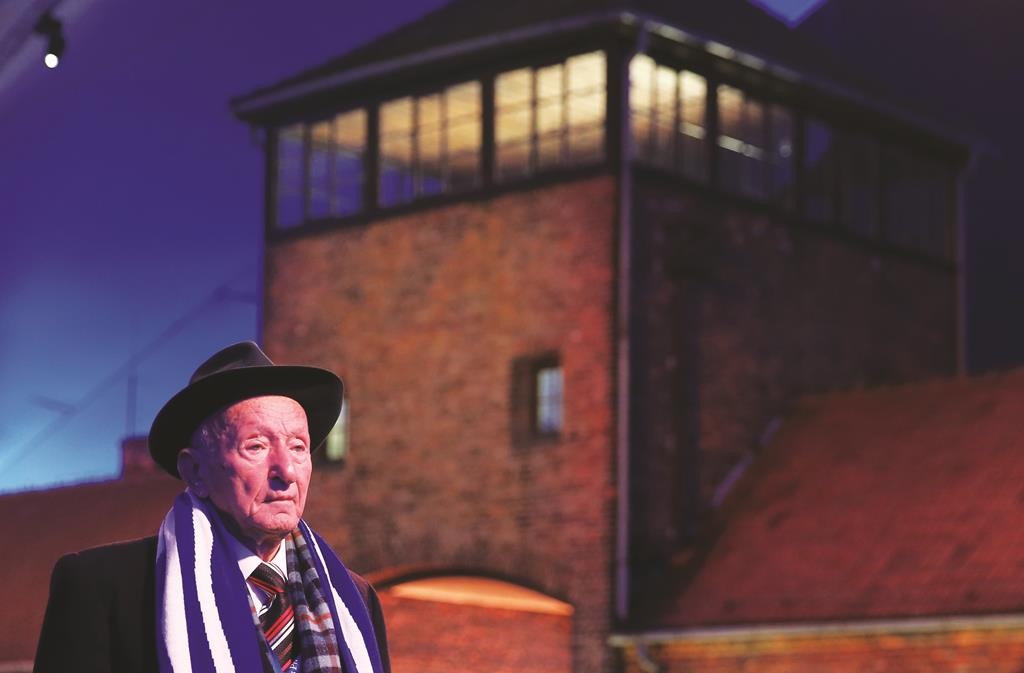 Some 300 Holocaust survivors gathered with world leaders Tuesday under an enormous tent over the gate and railroad tracks that marked the last journey for more than a million people murdered by the Nazis at Auschwitz-Birkenau.

The commemorations marking the 70th anniversary of the liberation of Auschwitz were tinged with a sense of melancholy over the fact that it is expected to be the last major anniversary that a significant number of survivors will be strong enough to attend — and a sense of anxiety at the growing anti-Semitism and radicalism in Europe and the Middle East.

“Jews are targeted in Europe once again because they are Jews,” said Ronald Lauder, president of the World Jewish Congress.

One survivor, Roman Kent, became emotional as he issued a plea to world leaders to remember the atrocities and fight for tolerance.

“We do not want our past to be our children’s future,” he said to applause, fighting back tears and repeating those words a second time.

Politics cast a shadow on the event, with Russian President Vladimir Putin absent — even though the Soviet Red Army liberated the camp — the result of the deep chill between the West and Russia over Ukraine.

Among those in attendance were French President Francois Hollande, whose nation was the recent victim of terrorist attacks that targeted Jews and newspaper satirists.

Participants also included the presidents of Germany and Austria, the perpetrator nations that have spent decades atoning for their sins, as well as Ukrainian President Petro Poroshenko, a sign of Poland’s strong support for Ukraine in its conflict with Russia.

Poland apparently snubbed Putin, though officials don’t say that openly. The organizers, the Auschwitz-Birkenau State Museum and the International Auschwitz Council, opted for a form of protocol this year that avoided direct invitations by Poland’s president to his foreign counterparts. The organizers instead simply asked countries that are donors to Auschwitz, including Russia, whom they planned to send. Poland’s Foreign Ministry says Putin could have attended if he wished.

The Russian delegation was led by Sergei Ivanov, Putin’s chief of staff.

Survivors commemorated the 70th anniversary of the liberation of Auschwitz and victory over Nazi Germany in different events around the world.

Please see our Features section for additional coverage of the 70th commemoration of the liberation of Auschwitz.