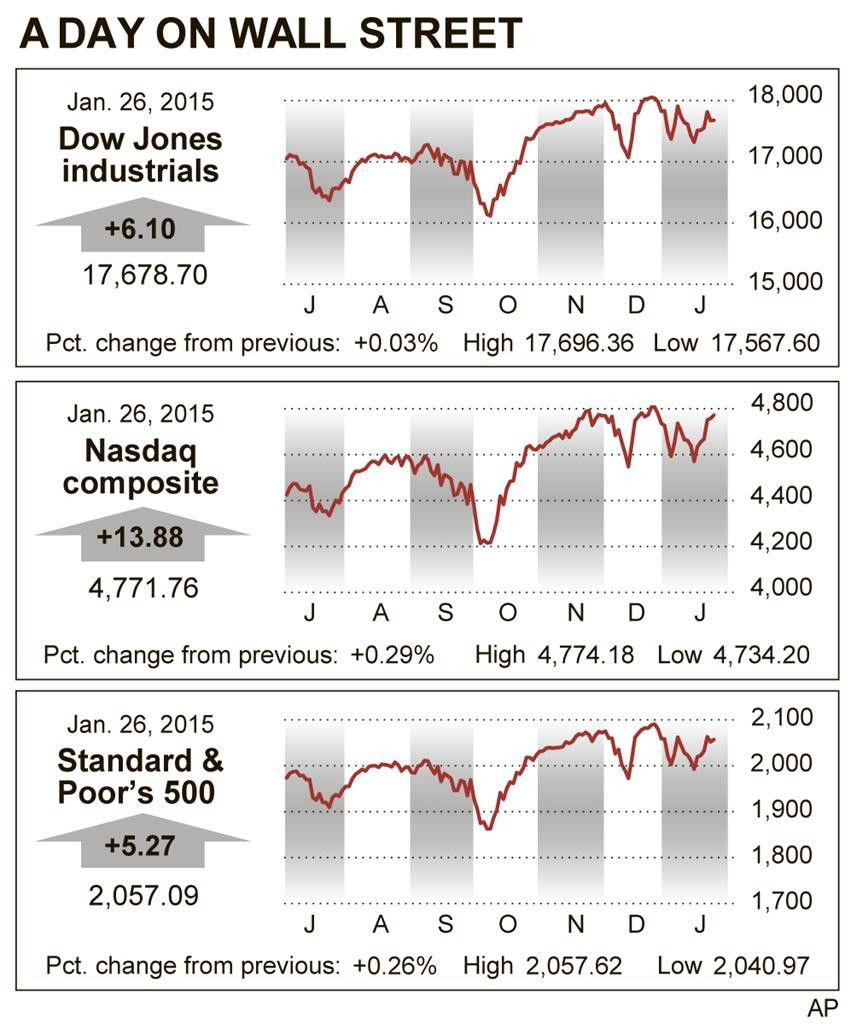 U.S. stocks edged higher on Monday as investors brushed off fears that a leftist victory in Greece would bring fresh crisis to the Eurozone and energy stocks advanced.

The leftist, anti-bailout Syriza party won decisively in Greek parliamentary elections on Sunday, after running a campaign promising to take on Greece’s international lenders and bring about an end to austerity measures.

While the United States has limited direct exposure to Greece’s relatively small economy, extended volatility in the region could hurt multinational companies.

“There was a lot of trepidation in the market going into the Greek election … but by this morning the Syriza win was priced into the market already,” said Robert Francello, head of equity trading for Apex Capital in San Francisco.

With 19 percent of S&P 500 companies having reported earnings, 71.6 percent have topped expectations, while 54.7 percent have beaten revenue forecasts, according to Thomson Reuters data. That compares with the long-term average of 63 percent for earnings and 61 percent for revenue.

After the closing bell, Microsoft shares lost 3 percent to $45.60 while United Technologies fell 2.5 percent to $115.80 after their quarterly results.

Volume was light, with many market participants leaving early due to a massive snowstorm hitting the U.S. Northeast. About 6.27 billion shares traded on U.S. exchanges, below the 7.26 billion average this month, according to BATS Global Markets.