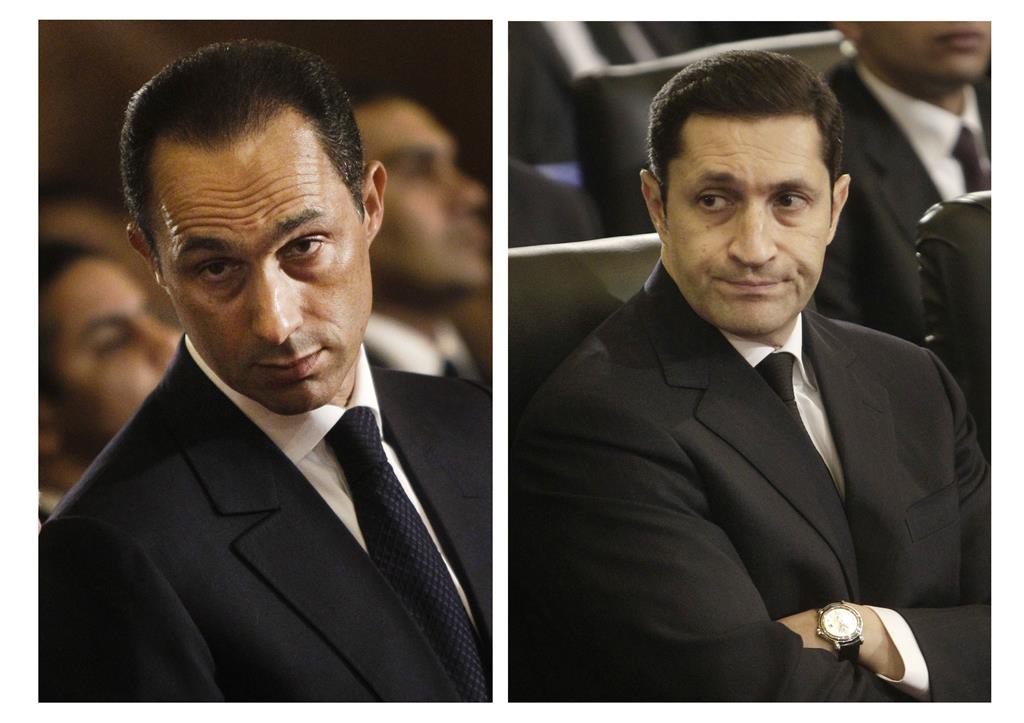 The two sons of former Egyptian president Hosni Mubarak were released from prison Monday, one day after at least 20 people were killed in protests marking the anniversary of the 2011 uprising that ended his rule.

Gamal and Alaa Mubarak were freed after prosecutors certified that they need not be held over outstanding insider trading charges, said a prison official, who asked not to be named.

Mubarak and his sons last month won a retrial on charges of spending more than 100 million Egyptian pounds (14 million dollars) of public money on their private residences.

No steps have been taken to release the former president, who was acquitted in November of responsibility for the killing of demonstrators during the protests that erupted on January 25, 2011.

News that they were due to be released, together with the deaths of two young women protesters as police broke up demonstrations ahead of the anniversary, increased a widespread sense of frustration among Egyptian youths and opposition activists.