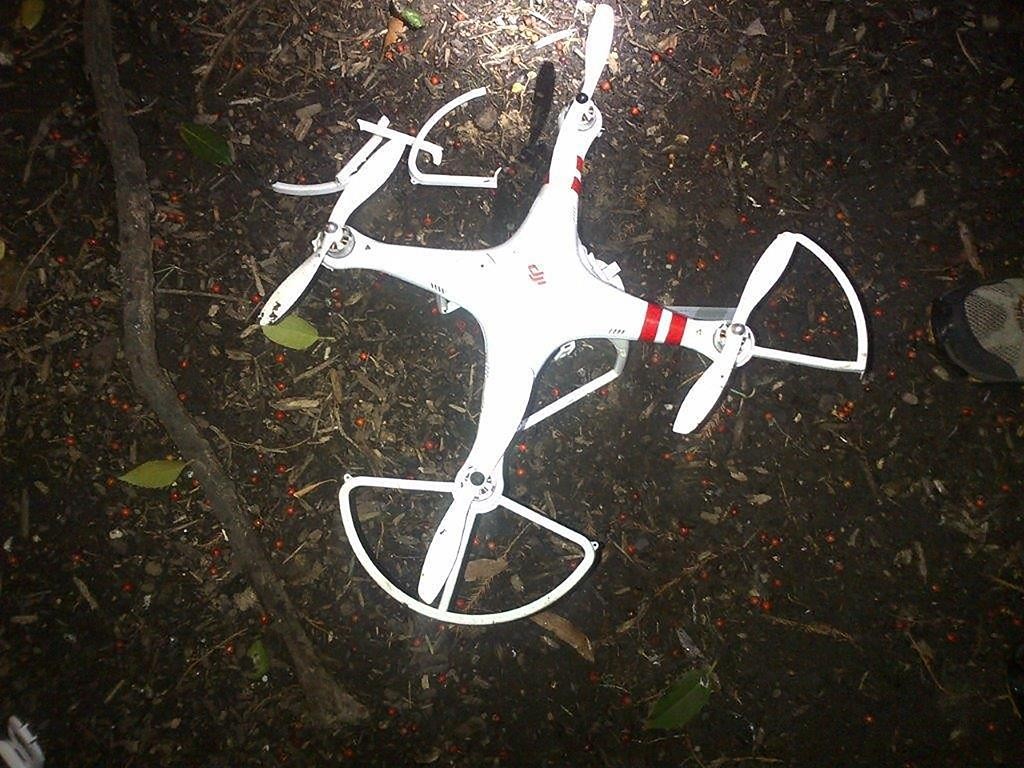 A two-foot-long drone apparently flown by a hobbyist crashed on the White House grounds Monday in an extraordinary, if unintended, breach that raised fresh questions about the president’s security — and a growing threat from the sky.

A man later came forward to say he was responsible for the mishap in the middle of the night and hadn’t meant to fly the drone over the complex, officials said. “Initial indications are that this incident occurred as a result of recreational use of the device,” said Secret Service spokesman Brian Leary.

President Barack Obama and his wife, Michelle, were overseas when the quadcopter struck the southeast side of the grounds at about 3 a.m. Daughters Sasha and Malia stayed behind in Washington; it was not known whether they were at the mansion.

Officials believed the intrusion to be the first of its kind on the White House grounds, although not the first in the vicinity.

Low-flying drones like the quadcopter — a two-foot-long device lifted by four propellers — have become increasingly sophisticated and affordable instruments that authorities worry could also become tools for terrorists or others meaning to do harm.

Police, fire and other emergency vehicles swarmed the White House just after the crash, with several clustered near the southeast entrance to the grounds. The White House was dark and the entire perimeter was on lockdown until around 5 a.m. when those who work there were allowed inside.

The breach was bound to reinvigorate a long-running public debate about the use of commercial drones in U.S. skies — as well concerns about White House security. At the urging of the drone industry, the Obama administration is on the verge of proposing rules for drone operations that would replace an existing ban on most commercial flights.

Although remote-controlled airplanes and related toys have been available for decades, the recent proliferation of inexpensive drones has prompted growing fears about potential collisions with traditional aircraft.

Technological advances have also made it easier to equip drones with advanced capabilities such as cameras, raising privacy issues as well as concerns that such devices could be used by terrorists to carry weapons.

It was not immediately clear that the Secret Service could have done anything to prevent Monday’s incident. Yet the episode joins a string of recent security breaches at the White House that have fueled questions about the agency’s effectiveness and ability to protect the president.