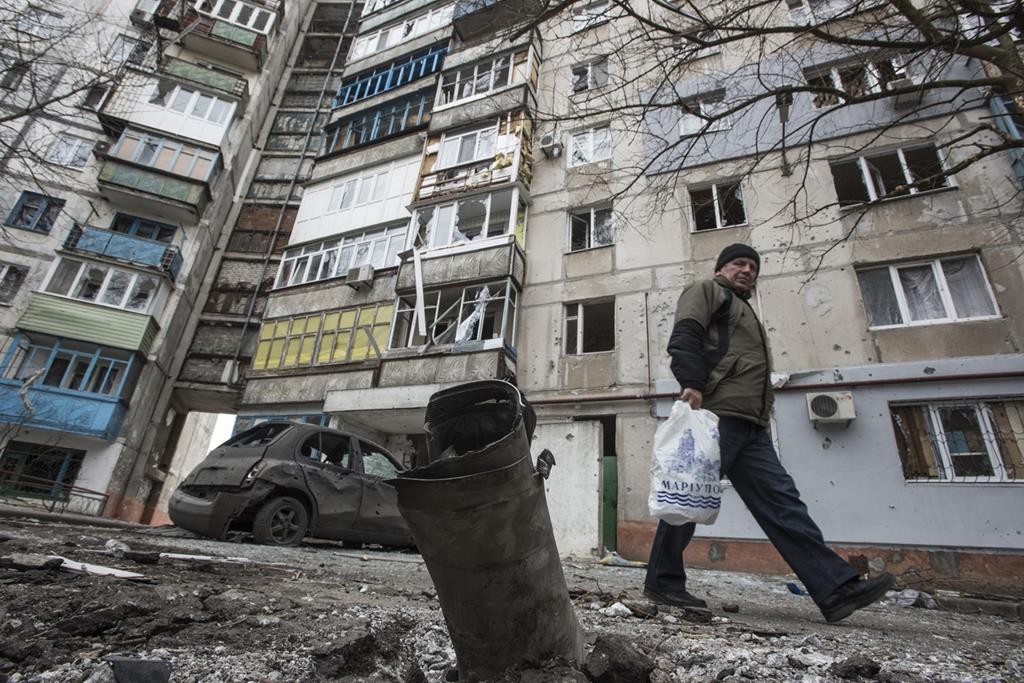 Ukraine’s president said Sunday that intercepted radio and telephone conversations prove that Russia-backed separatists were responsible for firing the rockets that pounded the southeastern city of Mariupol and killed at least 30 people.

The attack on Mariupol, a strategically situated port city that had been relatively quiet for months, alarmed the West and looked likely further to aggravate relations with Russia.

Putting the blame squarely on Moscow, President Barack Obama said the U.S. would work with its European partners to “ratchet up the pressure on Russia.”

Russian Foreign Minister Sergei Lavrov, speaking separately with Mogherini and U.S. Secretary of State John Kerry, told them the Ukrainian government bore responsibility for the latest military escalation, according to statements released by his ministry. Lavrov did not, however, directly address who had carried out the attack on Mariupol and said that it should be investigated.

Separatist leader Alexander Zakharchenko initially announced that his forces had begun an offensive on the government-controlled city of Mariupol. But after the extent of civilian casualties became known, he backtracked and blamed Ukrainian forces for Saturday’s carnage.

The rocket attack came a day after the rebels rejected a peace deal and announced they were going on a multi-pronged offensive against the Kiev government in Kiev in a bid to seize more territory.