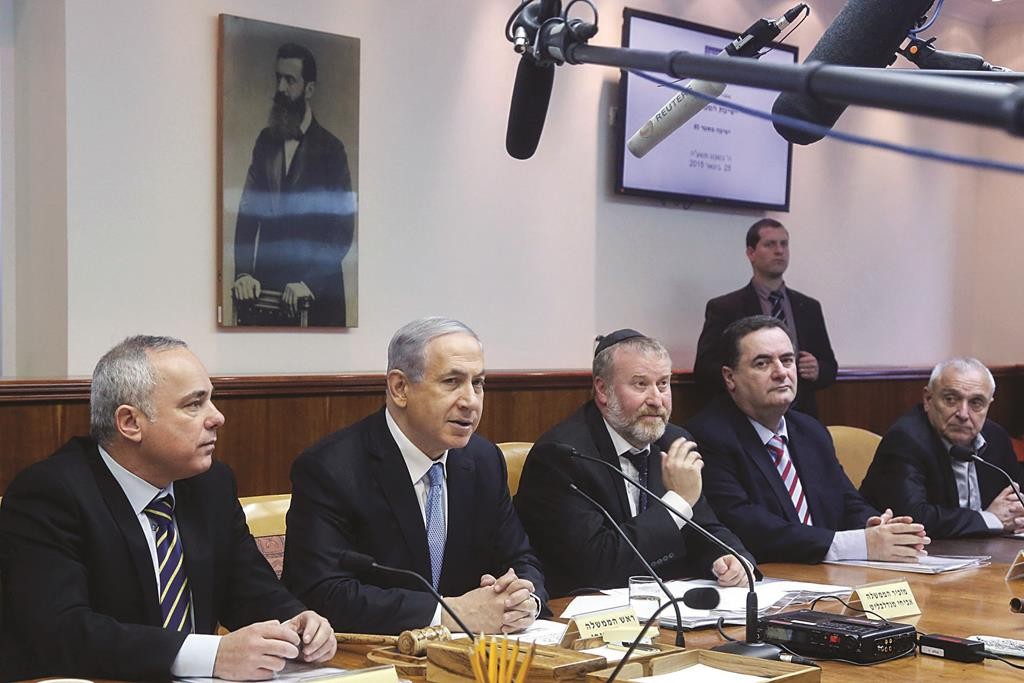 Israeli Prime Minister Binyamin Netanyahu’s decision to address a joint session of Congress without consulting the White House has infuriated administration officials and led the Israeli opposition to accuse him of electioneering at the expense of the nation’s vital relationship with Washington.

A White House source told Haaretz that Netanyahu had “spat” in President Barack Obama’s face by accepting a unilateral invitation from Republican Speaker of the House John Boehner to speak on the politically sensitive issue of Iran.

“We thought we’ve seen everything,” the newspaper quoted an unnamed senior U.S. official as saying. “But Bibi managed to surprise even us.

“There are things you simply don’t do … that’s no way to behave. Netanyahu ought to remember that President Obama has a year and a half left to his presidency, and that there will be a price,” he said.

Israeli ambassador to the U.S. Ron Dermer reportedly arranged the trip with Speaker Boehner over the preceding weeks in strict secrecy from everyone, including the White House.

When the story broke, administration officials were described as incredulous, and other Israeli diplomats in Washington, likewise uninformed of the secret plans, were caught completely offguard, some apologizing to their American counterparts for the unprecedented breach of protocol.

“I can guarantee that it’s not me, not the president, and not what we believe,” McDonough said. “We think that, as a general matter, we, the United States, has stayed out of internal politics in the countries of our closest allies. That’s true whether it’s Great Britain, where we just recently had a visit from Prime Minister [David] Cameron a full four months before their election, or in Israel.”

Netanyahu defended the move at the Cabinet meeting on Sunday, saying that “as prime minister of Israel, I am obligated to make every effort to prevent Iran from getting nuclear weaponry that will be aimed at the state of Israel. This effort is global and I will go anywhere I am invited to make the state of Israel’s case and defend its future and existence.”

The pro-Netanyahu daily Yisrael Hayom backed up the prime minister, headlining a quote from officials close to him asserting that it’s “a vital trip. No elections will prevent us from resisting the Iranian nuclear threat,” they said.

“The motives for the appearance before Congress are diplomatic and security-related alone,” an official close to the Prime Minister’s Office was quoted as saying.

“The estimate is that a deal between the U.S. and Iran regarding nuclear weapons will be agreed on in March and signed in June, so it is vital that the prime minister appear before Congress. This will be a critical appearance, as it will be Congress that will ultimately decide [on the matter]. The emerging agreement with Iran is a bad deal that would be dangerous to Israel. And to a large extent, it will be determined by Congress.

Another official close to Netanyahu pointed out that “British Prime Minister David Cameron also visited the U.S. [earlier this month] to discuss the Iran issue, even though there are elections [in Britain in May].” In Cameron’s case, however, he did not address a joint session of Congress.

But Netanyahu’s critics have launched a furious broadside against him.

Former IDF intelligence chief and currently Labor’s candidate for defense minister Amos Yadlin warned that “relations with the U.S. are a strategic asset for Israel. Whoever harms them and the American president harms the effort to stop Iran’s nuclear arms race.”

“Netanyahu has harmed, weakened and finally destroyed the interpersonal channel (with the U.S. president) and created an unprecedented rift in the relations between president and prime minister,” former diplomat Alon Pinkas wrote in a leading daily.

Meretz leader Zehava Gal-On has petitioned the Central Election Committee to ban Israeli channels from broadcasting Netanyahu’s speech, on the grounds that it’s a campaign speech, and it is illegal to broadcast campaign speeches within 60 days of an election. The speech is planned for March 3, and the election is March 17.

“It is clear that this is an election speech. The American establishment will not be involved in our election, and its heads, including Secretary of State John Kerry and Obama should not meet with Mr. Netanyahu,” she wrote. “Many in the American government expressed shock and harshly criticized the prime minister for playing politics while harming the strategic interests between Israel and the U.S.”

Fox News, generally friendly to Netanyahu, was surprisingly critical on Friday, quoting from former State Department Mideast negotiator Martin Indyk in a vehement attack: “Netanyahu is using the Republican Congress for a photo-op for his election campaign and the Republicans are using Bibi for their campaign against Obama … Unfortunately the U.S. relationship will take the hit. It would be far wiser for us to stay out of their politics and for them to stay out of ours.”

Fox interviewer Sheperd Smith asked whether Netanyahu would back out of the speech since “members of his own Mossad have come out and said this is a horrible idea and so have members of his own political party. Of course his political opponents are screaming up and down, the newspapers over there are going wild over this,” he added.

“It just seems that they think we don’t pay any attention and that we are just a bunch of complete [fools], the U.S. citizens, like we wouldn’t pick up on what is happening here,” Smith said.

The diplomatic uproar has at the same time sharply exacerbated bipartisan antagonisms in Washington.

Angry Democrats have accused Republicans of going behind the president’s back and using Israel for their political gain, while denying they had any part in extending the invitation. The Netanyahu government issued a statement on Thursday saying the invitation had come from the “two-party leadership” of Congress; but congressional aides said no Democratic leader had been consulted.

Nancy Pelosi, the House Democratic leader, termed the invitation to Netanyahu by Boehner as “hubris,” and said the whole idea of the prime minister coming to influence the Iran negotiations was inappropriate.

“If that’s the purpose of Prime Minister Netanyahu’s visit two weeks before his own election, right in the midst of our negotiations, I just don’t think it’s appropriate and helpful,” Pelosi told reporters. “These negotiations have gone on for a long time,” Pelosi added. “They’re delicate.”