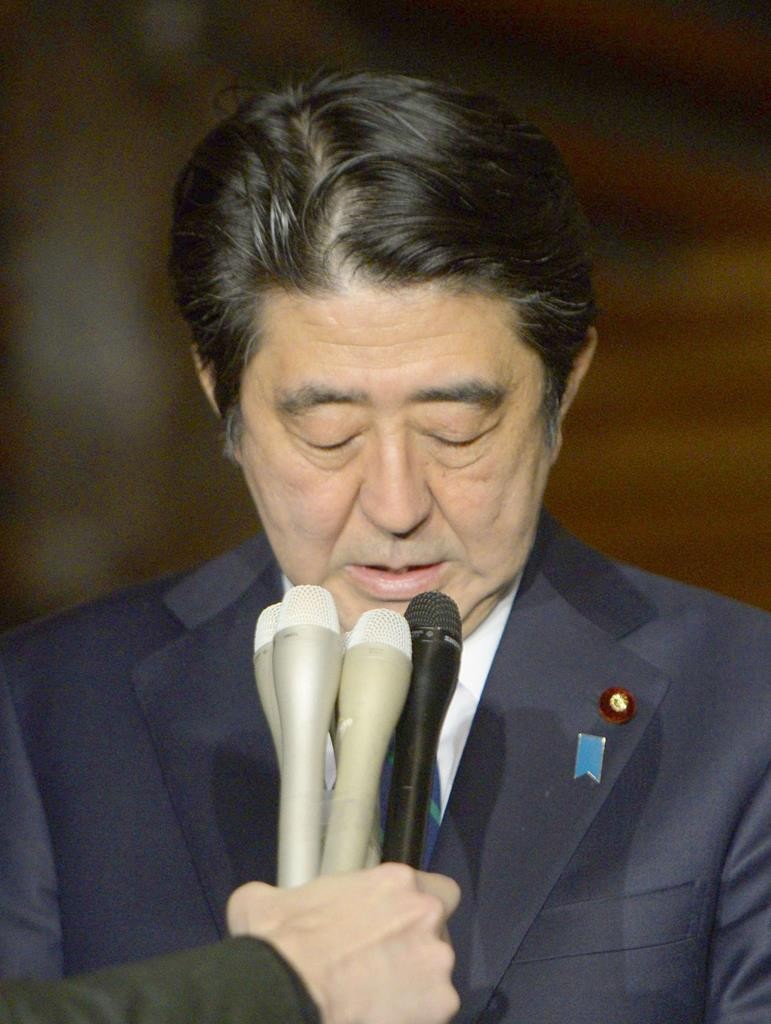 Japanese Prime Minister Shinzo Abe on Sunday called the killing of a Japanese captive by Islamic State terrorists “outrageous” and again demanded the group release a second Japanese national they are holding.

Abe, speaking to public broadcaster NHK, said chances were high that a recording and an image of what appeared to be the decapitated body of captive Haruna Yukawa, which emerged late on Saturday, were authentic.

But he reiterated that Japan would not give in to terrorism.

“Such an act of terrorism is outrageous and impermissible, which causes me nothing but strong indignation,” Abe said. “Again, I strongly demand that Mr. Kenji Goto not be harmed and be immediately released.”

On Tuesday, Islamic State released a video showing Goto and Yukawa kneeling with a knife-wielding, masked man demanding a $200 million ransom for their release. A 72-hour deadline for that payment expired on Friday. In the latest recording, Goto says Yukawa was “slaughtered in the land of the Islamic Caliphate.” But the journalist said the Japanese government could save him by working through Jordan where Abe earlier this week set up an office to coordinate the government’s response to the hostage situation.

Goto says the terrorists would free him in exchange for the release of Sajida al-Rishawi, an Iraqi held in Jordan, and that the terrorists have dropped the ransom demand.

President Barack Obama condemned Yukawa’s “brutal murder” in a statement released by the White House, and later called Abe to express his condolences.