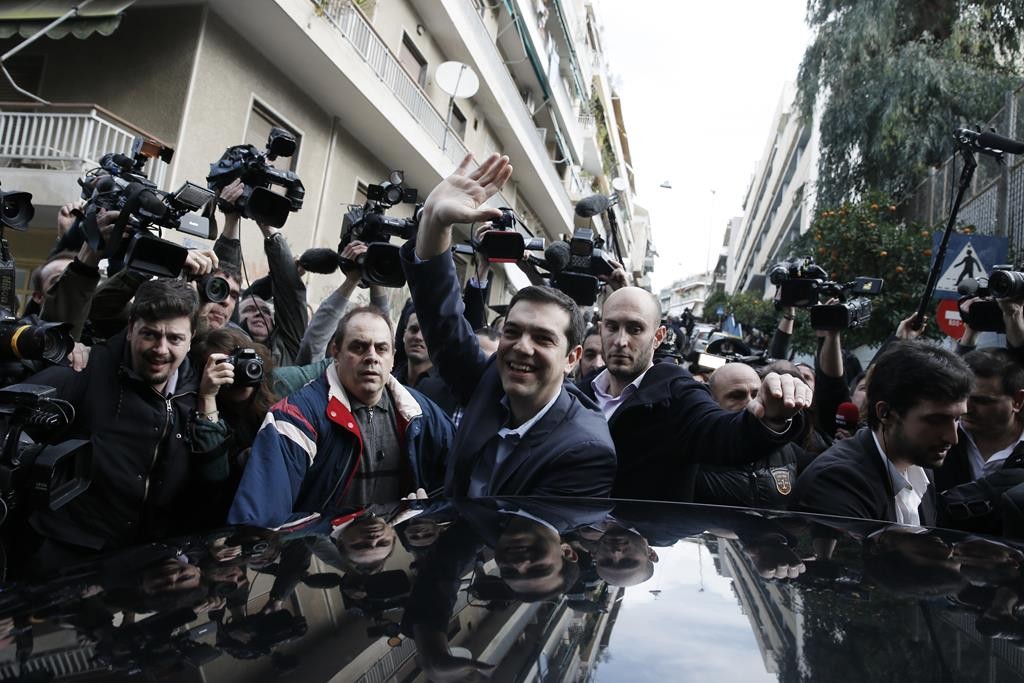 A triumphant Alexis Tsipras told Greeks that his radical left Syriza party’s win in Sunday’s early general election meant an end to austerity and humiliation and that the country’s regular and often fraught debt inspections were a thing of the past.

“Today the Greek people have made history. Hope has made history,” Tsipras said in his victory speech at a conference hall in central Athens.

Official results with 60 percent of polling stations counted showed Syriza with 36 percent, far ahead of Prime Minister Antonis Samaras’ conservatives, who had 28 percent.

But it was still unclear whether Syriza would have the minimum 151 of parliament’s 300 seats needed to form a government without support from other parties. Greek election officials said that would likely only become clear once all votes were counted —something expected by Monday at the earliest.

Whatever the case, all eyes will be on the opening of world financial markets after Syriza beat Prime Minister Antonis Samaras’ incumbent conservatives.

“The sovereign Greek people today have given a clear, strong, indisputable mandate. Greece has turned a page. Greece is leaving behind the destructive austerity, fear and authoritarianism. It is leaving behind five years of humiliation and pain,” Tsipras said to a crowd of rapturous flag-waving party supporters.

The 40-year-old Tsipras campaigned on promises of renegotiating the terms for Greece’s 240 billion-euro ($270 billion) bailout, which has kept the debt-ridden country afloat since mid-2010.

To qualify for the cash, Greece has had to impose deep and bitterly-resented public spending, salary and pension cuts and repeated tax hikes.