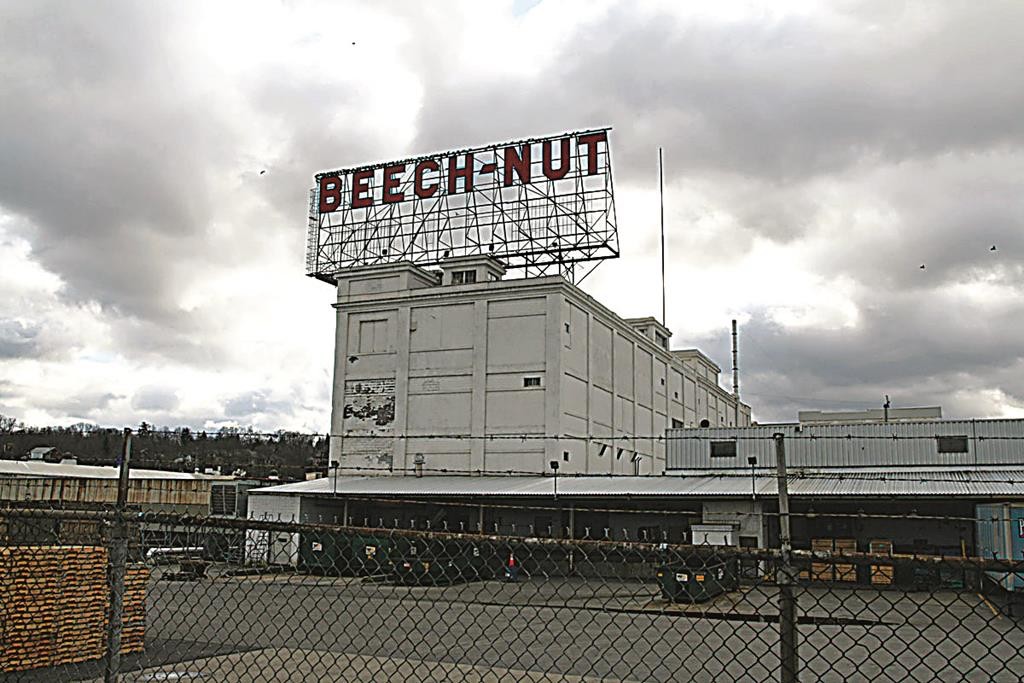 A familiar industrial landmark for Thruway motorists in the Mohawk Valley is slowly disappearing as crews demolish a century-old baby food factory.

Crews have begun tearing down the 850,000-square-foot Beech-Nut factory complex just off Exit 29. The big red letters in the sign spelling out the company’s name over the complex have been removed, and crews are preparing to level two buildings that make up more than half of the site’s floor space.

Beech-Nut closed the factory in 2011 when it opened a new plant about 20 miles east outside Amsterdam. The Canajoharie property was bought by a company that plans to turn the site into a multitenant shipping and light manufacturing complex.

Beech-Nut had been in Canajoharie since the late 19th century.