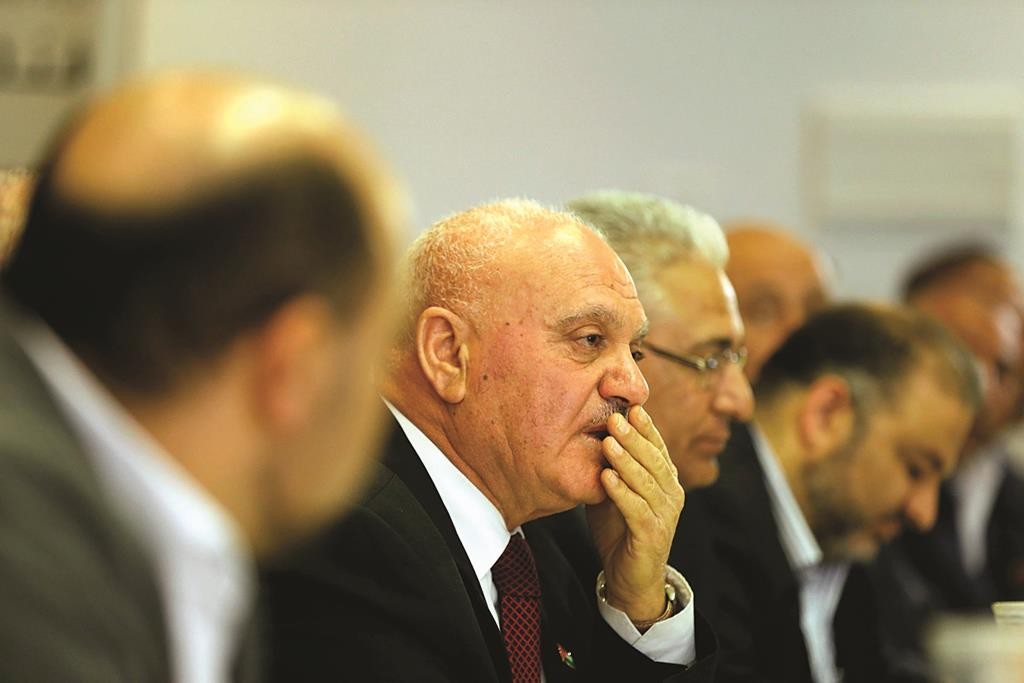 Four political parties that mostly represent Israel’s Arab minority have decided to run together in elections on March 17, creating a potential counter-weight to Prime Minister Binyamin Netanyahu and his right-wing allies.

Opinion polls suggest the united Arab list could secure 11 seats in the 120-seat Knesset, around the same level as they hold individually but with their political influence increased.

The joint slate, finalized at the end of last week, was in part a bid for electoral survival since the government has enacted legislation raising the threshold for getting into the Knesset, leaving two of the four parties on the brink of extinction.

Despite that, Raam lawmaker Masud Ganaim said the list was united in its support for Palestinian statehood and concern about Netanyahu’s efforts to enshrine Jewish statehood in law.

“It is being considered,” he said. “We think the political map will shift toward the center-left, and in such a situation we will have an important role. We would tilt the balance.”

Balad leader Jamal Zahalka deemed the four-party list a rebuke to nationalist Israeli Foreign Minister Avigdor Lieberman, who has sought to sideline Arab politicians he deems disloyal to the state.

“Those who didn’t want Arab parties to have 10 seats in parliament will see them get 15,” Zahalka told Israel radio.

Not everyone agreed that Arab unification will hurt Netanyahu’s chances for re-election, however.

As a political source in Yerushalayim told Hamodia on Sunday night, the left-wing dominated Israeli media is making an all-out effort “to cast [everything from] sunrise to sunset as a threat to Netanyahu.”

On the contrary, “I think the Arab unity is a great help for Netanyahu,” he said. “All the seats going to the Arab party are taken out of the leftist coalition. Herzog-Livni can’t form a government coalition with the Arab parties. Their only path to power is with Lieberman and/or Kachlon and/or chareidim and/or Lapid. None of these work with the Arabs. So the more seats the Arabs get, the less options the ‘Zionist Camp’ will have.”