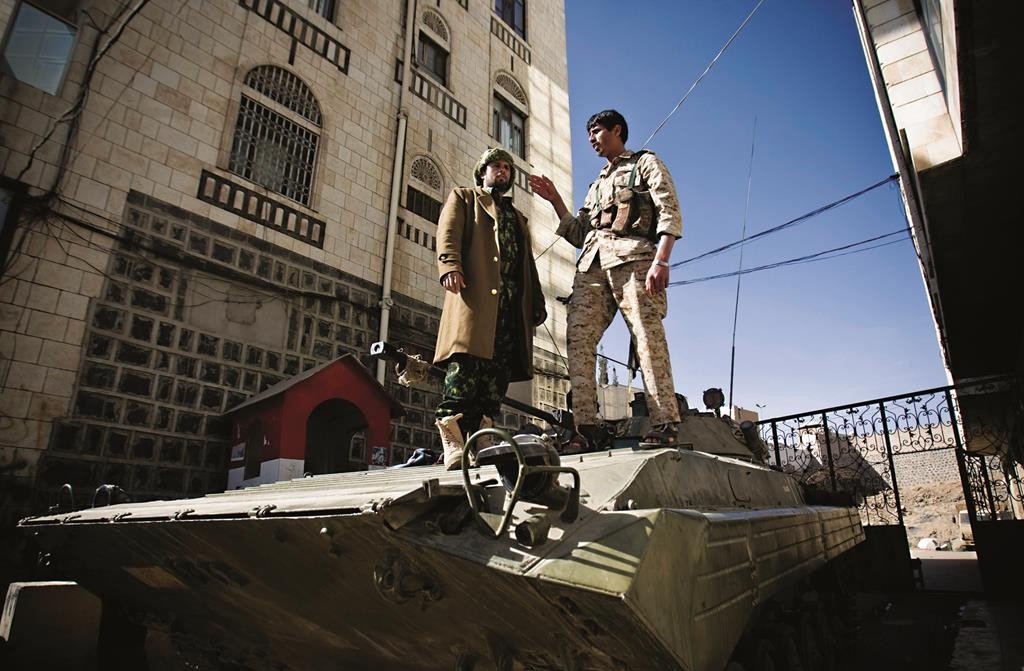 Presidential officials said Abed Rabbo Mansour Hadi submitted his resignation to parliament rather than make further concessions to Shiite rebels, known as Houthis, who control the capital and are widely believed to be backed by Iran.

The prime minister and his cabinet also stepped down, making a thinly veiled reference to the Houthis’ push at gunpoint for a greater share of power. Houthis deployed their fighters around parliament, which is due to discuss the situation on Sunday.

Yemeni law dictates that the parliament speaker — Yahia al-Rai, a close ally of former autocratic ruler Ali Abdullah Saleh — will now assume the presidency. Saleh still wields considerable power and is widely believed to be allied with the Houthis.

There were conflicting reports suggesting that authorities in Aden, the capital of southern region of Yemen, would no longer submit to the central government’s authority. Even before the Houthis’ recent ascendance, a powerful movement in southern Yemen was demanding autonomy or a return to the full independence the region enjoyed before 1990. Southerners outrightly reject rule by the Houthis, whose power base is in the north. The Houthis are Zaydis, a Shiite minority that makes up about a third of Yemen’s population.

Concerns were also mounting about an economic collapse. Two-thirds of Yemen’s population are already in need of humanitarian aid, according to reported U.N. figures. Iran’s regional rival Saudi Arabia, which has long been Yemen’s economic lifeline, cut most of its financial aid to Yemen after the Houthis seized the capital in September. The Houthis deny receiving any Iranian support.

The Houthis’ recent encroachments on Sunni areas have also fanned fears of a sectarian conflict that could fuel support for al-Qaida. U.S. officials say the developments are already undermining military and intelligence operations against al-Qaida’s Yemen-based affiliate, which made its reach felt in this month’s deadly Paris attacks.