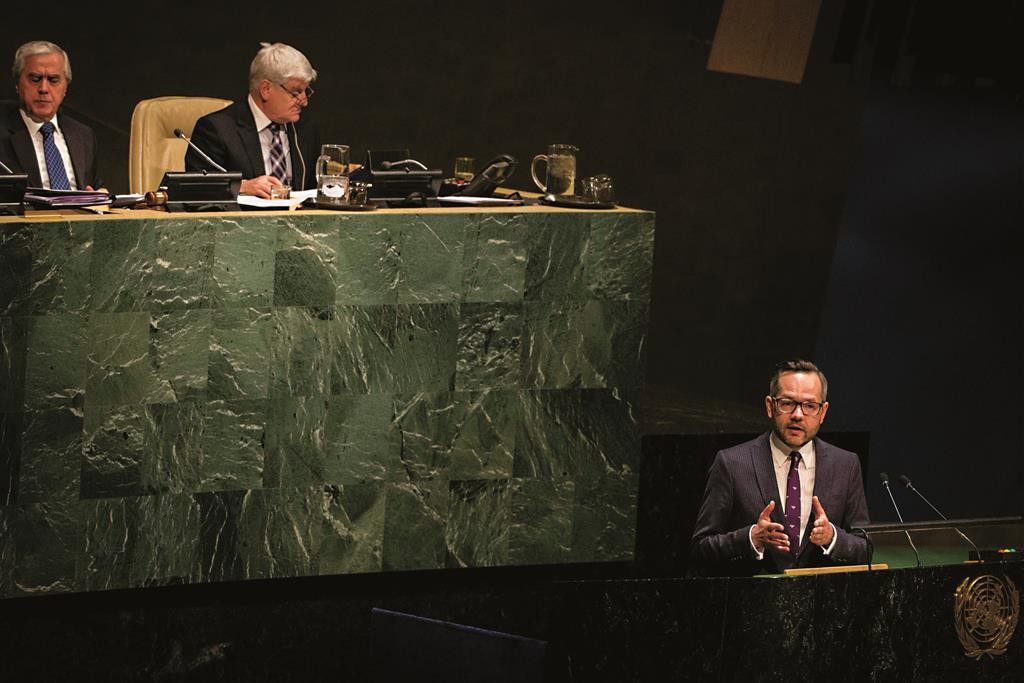 French philosopher Bernard-Henri Levy challenged the world at the first-ever U.N. General Assembly meeting devoted to anti-Semitism to counter the rising hatred of Jews, which he denounced as “radical inhumanity.”

In a keynote address on Thursday, Levy decried that “faulting the Jews is once again becoming the rallying cry of a new order of assassins.”

The United Nations was established on the ashes of the Holocaust after World War II, and one reason was to fight the “plague” of anti-Semitism, Levy noted.

The assembly was held in response to the global increase in violence against Jews and was scheduled before the killing of four French Jews at a kosher market during three days of terror in Paris earlier this month. Paris was just the latest attack to raise fears among European Jews, following killings at a Belgian Jewish Museum and a Jewish school in southwestern France.

A surprise speaker was Saudi Arabia’s Ambassador Abdallah Al-Moualimi, who told the meeting that Islamic countries condemn all words and acts that lead “to hatred, anti-Semitism, Islamaphobia.”

U.S. Ambassador Samantha Power urged the world to stand up against anti-Semitism and take action to end “this monstrous global problem” She noted that even in the United States, nearly two-thirds of religion-driven hate crimes in 2012 targeted Jews, according to an FBI report.

“When the human rights of Jews are repressed, the rights of other religious and ethnic groups are often not far behind,” she said.

German Minister of State for Europe Michael Roth warned that “anti-Semitism is gaining ground in a loud and aggressive manner” and posed a threat to society as a whole.

Because of Germany’s role in the Holocaust, he said, his country will always be in the forefront of fighting anti-Semitism and pursuing “a zero-tolerance policy.”

President Obama released a statement on the UN meeting.

“Anti-Semitic attacks like the recent terrorist attack on a kosher supermarket in Paris pose a threat that extends beyond the Jewish community.  They also threaten the values we hold dear — pluralism, diversity, and the freedoms of religion and expression… I call on the members of the UN General Assembly to lend their voice to this struggle, and pledge the unwavering support of the United States as we wage this fight together.”