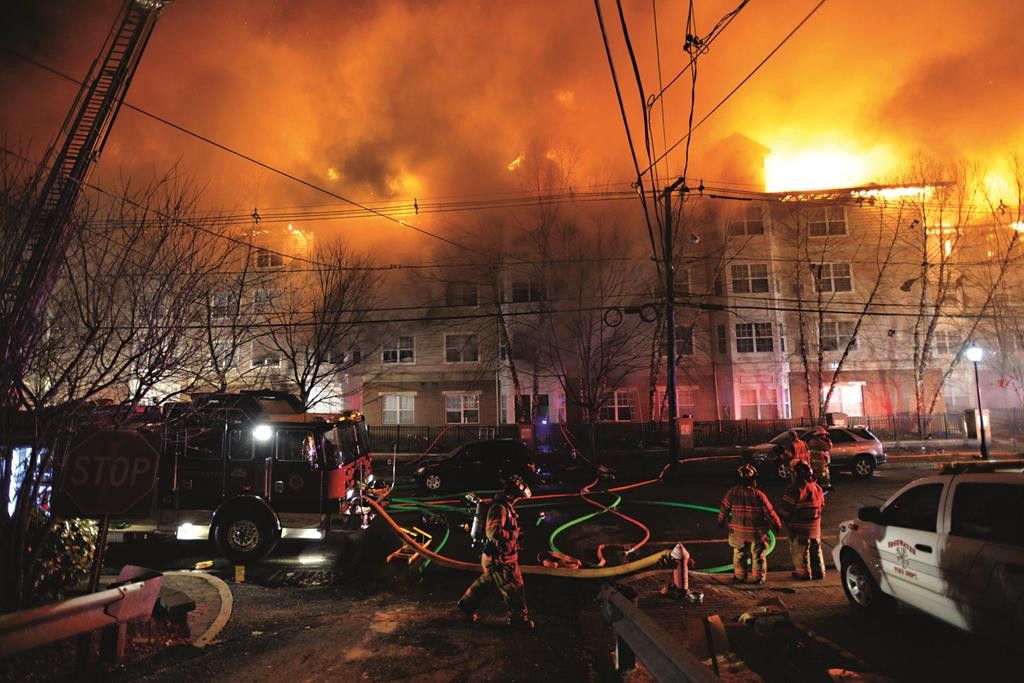 A 240-unit, four-story apartment complex across the Hudson River from New York City was ravaged by fire on Wednesday, with the flames still smoldering on Thursday afternoon.

Firefighters went door-to-door as flames moved quickly from the first floor upwards. They made three rescues and no one was missing. Edgewater Mayor Michael McPartland said 240 units were destroyed and 168 units in a nearby complex were saved.

The building complied with construction and fire codes.

More than 14 years ago, a fire started at the same location where a five-story condominium complex was under construction and destroyed nine homes and damaged several others.