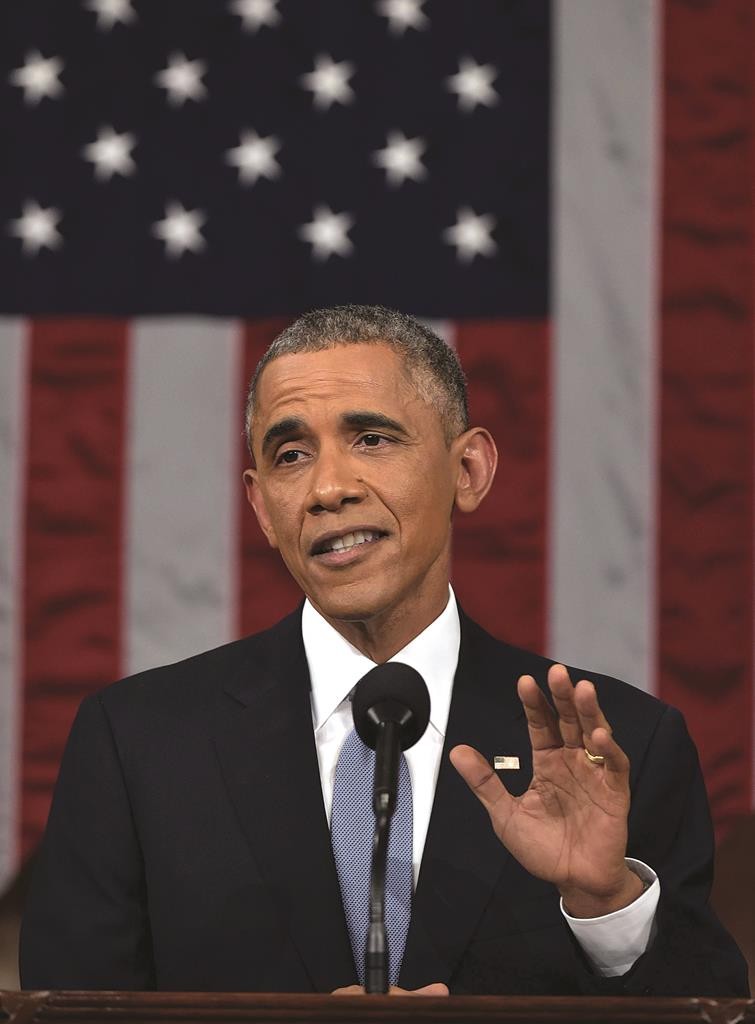 A day after delivering a defiant State of the Union speech to the Republican-led U.S. Congress, President Barack Obama headed to the conservative heartland on Wednesday to promote his plans for bolstering the middle class.

Obama left Washington for a two-day trip to Idaho and Kansas to push his message that everyone should stand to gain from an economy that has all but recovered from years in the doldrums.

No longer restrained by having to face an election again, Obama struck a confident tone in his State of the Union address on Tuesday night, saying, “the shadow of crisis has passed.”

It is now time for policies like raising taxes on the rich and offering community college for free for two years, he said.

After losing control of the Senate to Republicans in November’s midterm elections, Obama has taken a more active role in policy — from immigration reform to improving relations with Cuba — as he seeks to shape his legacy.

Polls show Obama has reason to be upbeat. Reuters/Ipsos polling data on Wednesday put his approval at 41 percent this week, up four points from a month ago. But 52 percent of Americans still disapprove of his performance.

Obama threatened on Tuesday to veto Republican efforts to overturn key decisions, such as his signature healthcare law, the loosening of immigration policy, and the administration’s opposition to the planned Keystone XL oil pipeline.

Republicans called for Obama to be more humble, given that they took control of both chambers of Congress this month after winning the midterms handsomely.

“We’ve only been here 2-1/2 weeks, and he’s put seven veto threats. I think that’s probably not the best start. Let us work the legislation before you decide something’s going to be vetoed,” House of Representatives Majority Leader Kevin McCarthy said on a CBS program.

One area where Obama might win support from Republicans is on trade. He called in his speech for Congress to give him so-called fast-track authority to help complete major trade pacts like the Trans-Pacific Partnership deal currently being negotiated with Asia.

He warned that China would be the winner if that deal falters.

While some conservative Republicans oppose giving Obama fast-track authority, the heaviest resistance might be from fellow Democrats, who worry that trade deals could hurt American workers.

McCarthy said Republicans are also willing to work with Obama on tax reform.

Treasury Secretary Jack Lew said on Wednesday that after recent talks with Republicans he was confident a business tax reform plan can make it through Congress.

The tax plan includes a lower top corporate rate, ensuring more taxes are paid on foreign earnings, and closing a host of loopholes.

On his trip, Obama will visit a lab at Boise State University’s Micron Engineering Center in Idaho.

Both Idaho and Kansas are “red,” or Republican-leaning states, which White House officials took into account in an effort to show his policies can appeal to a bipartisan audience.