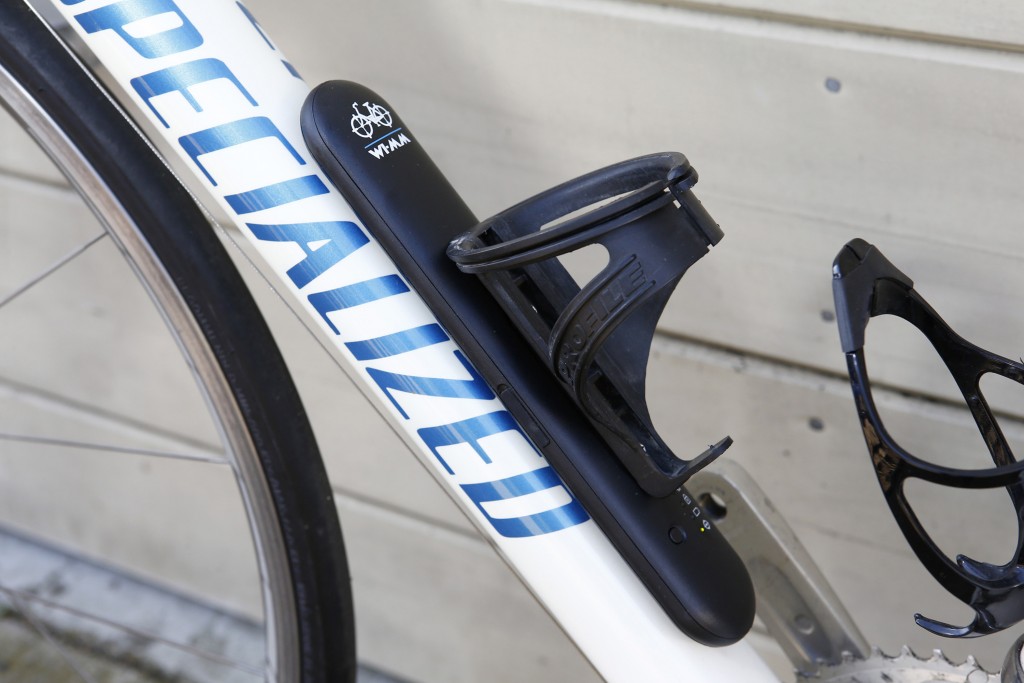 Urban cyclists have more in common than an aptitude for pedaling through city streets — they share the ever-present dread of one day discovering their bicycle missing from the bike rack, or finding only the skeletal remains of its wheel-less frame.

Bike theft has become a staggering problem in the Bay Area, where bikes are swiped regularly from public-transit stations, outside coffee shops, on university campuses and from fenced-in yards. These days, the standard U-Lock is no match for saw-wielding thieves, who are also quick to yank a bike from a locked rack on the back of a car or break through a garage door.

But if Kryptonite won’t stop bike thieves, a growing crop of entrepreneurs is hoping that new technology will outsmart them.

“Everybody who does urban cycling gets their bike stolen at some point,” said Niko Klansek, founder of New York-based FlyKly, which makes Bluetooth-connected bike parts. “We have to live with this until we figure it out.”

Startups from San Francisco to San Jose, Paris to London are building high-tech locks, alarms and tracking devices that aim to deter thieves and help cyclists recover their stolen wheels.

Wi-MM, a three-person startup in Santa Clara, has built a bike alarm that’s concealed inside a water-bottle holder attached to the bike frame. The device will make a blaring siren-like sound if the bike is moved or tampered with after it has been locked. The owner receives a text message that reads: “Your bike is being stolen as you read this message.”

The hope, co-founder and chief technical officer Les Levitt said, is that the owner can stop the theft in action, if the alarm didn’t scare the thief off.

“It’s like the barking dog — the thief will move on to the next house,” Levitt said.

The Bike+, as it’s called, can be mounted to most bicycles, but Wi-MM is also working with bike brand Specialized to build a bicycle that contains the technology inside the frame.

“It’s ultimately the bike of the future,” Levitt said.

FlyKly, which publicly launched at the recent Consumer Electronics Show in Las Vegas, is also trying to build the bike of the future. The company makes wheels that include a motor and connect to a smartphone app. With a swipe of the app, the rider can control pedaling speed and braking, and also lock the rear wheel. And every bike is registered to a user through their smartphone, so if a stranger starts pedaling a bike, FlyKly is alerted.

The inventions will be welcomed in the Bay Area, where bicycle thefts in the nine-county region have doubled since 2009, according to the national stolen-bike registry. With more cyclists on the roads these days, there are more bikes to steal: Berkeley has seen a 41 percent increase in reported thefts from 2013 to 2014, and San Francisco is grappling with a 70 percent increase from 2009 to 2013, according to police and city officials.

Tracking devices could help recover stolen bicycles by marking their location on a map — no matter who is riding it, hauling it in the back of a truck or selling it at a flea market. The Wi-MM device includes GPS and works on the Verizon network, so as long as the bike is within range of a Verizon tower, its exact location can be tracked, showing up as a red dot on a map.

United Kingdom-based Integrated Trackers makes GPS trackers that mount to the bike’s steering tube or can be disguised as a rear light. Like Wi-MM, the device uses the mobile-phone network to track the location of a bicycle, which can be viewed on the web in real-time.

“You can watch the red line trace from where the bike was stolen all the way back to the thief’s house,” founder Harley Clark said.

Some police departments in the U.S. are starting to adopt the technology, mounting GPS trackers on bikes to bait thieves. And Bike East Bay says it will begin testing tracking technology this year.

“Anything that annoys a potential thief or makes their job a little harder, even if it’s not a perfect solution, will help,” Prinz said.

What it does: Uses connected pedals to track bike’s location and alert owner if bike is moved; records the speed, route, incline and calories burned

What it does: Bluetooth-connected rear wheel that powers the bike with a motor, battery and sensors; smartphone app records speed, distance, CO2 emission saved and trip duration; app locks rear wheel to deter theft; specialized key for rear wheel deters theft; each bike is registered to a unique user, and owner is alerted if bike is stolen

What it does: Disguised GPS tracker for bicycle steering tube, seat or rear light; connected to the mobile-phone network; sends an alert when the bike has been moved; tracks bike location and maps its route online

Available for purchase this spring

What it does: Bluetooth-connected U-Lock that contains sensors to automatically unlock and lock; sends text alert when the bike is being moved or tampered with; detects impact from crashes and sends alerts to family and friends; uses crowdsourcing through the app to find stolen bicycles; solar-powered

Available for purchase this spring

Cost: Hardware is less than $200; $4 per month for access to Verizon network