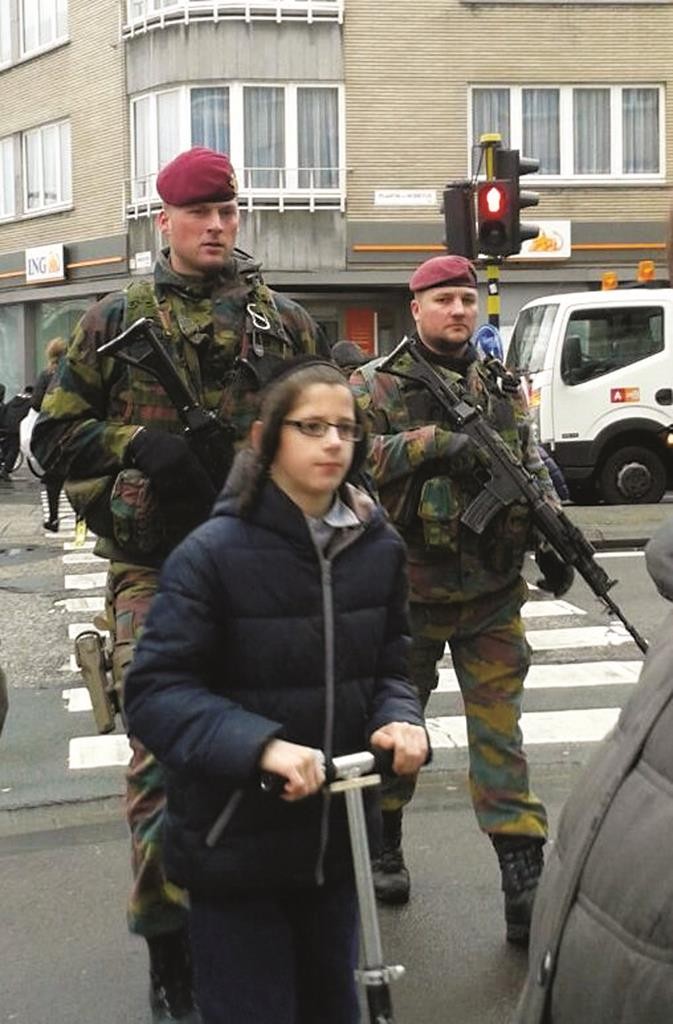 In the wake of the Paris attacks and the raids by Belgian police last week, Jewish institutions across Europe are on high alert. Last Thursday evening, Belgian police arrested several people on suspicion of terrorism, killing two suspects in the process. The terrorists had apparently been planning an imminent attack on the Belgian police force.

Following this, on Friday, a number of Jewish schools in Belgium and the Netherlands did not open, apparently due to security considerations.

The level of the security threat in Belgium was raised by the government on Friday from two to three (out of a possible four). As mentioned in last week’s Hamodia, Mayor of Antwerp Mr. Bart De Wever had been hoping for some time to be able to supplement the existing police protection of Jewish and other vulnerable sites with assistance from the Belgian army. With the raised security level, this has now become possible.

Mr. Pinchos Kornfeld, chairman of the Machzikei Hadass kehillah, told Hamodia that 150 soldiers have been allocated for security provision in the whole of Belgium and will be providing extra security for embassies, including the American and Israeli embassies, and Jewish institutions. He said that the soldiers are patrolling in Antwerp just as the police normally do, with a list of mosdos to cover.

Mr. Kornfeld also said that the community welcomed the soldiers and brought them hot drinks and cake. In turn, the soldiers were pleased to meet the Jewish community and commented on how friendly and welcoming they were.

Leading members of the Belgian kehillos have met with government representatives to discuss the extra security arrangements.

On Tuesday, five Russians — apparently from Chechnya, a predominantly Muslim region —were arrested in the south of France in Beziers and near Montpellier. One of them apparently had a cache of explosives. It was reported variously that the men were planning a terror attack, either on the local sports stadium or in Austria. Security has been increased in Vienna near government buildings, on public transport and at the airport, due to the general terror warnings in Europe.

Chechnya saw very large demonstrations last week against the cartoons published in Charlie Hebdo. As many as one million people attended a state-organized rally against the French satirical magazine last Monday, according to Chechen authorities.