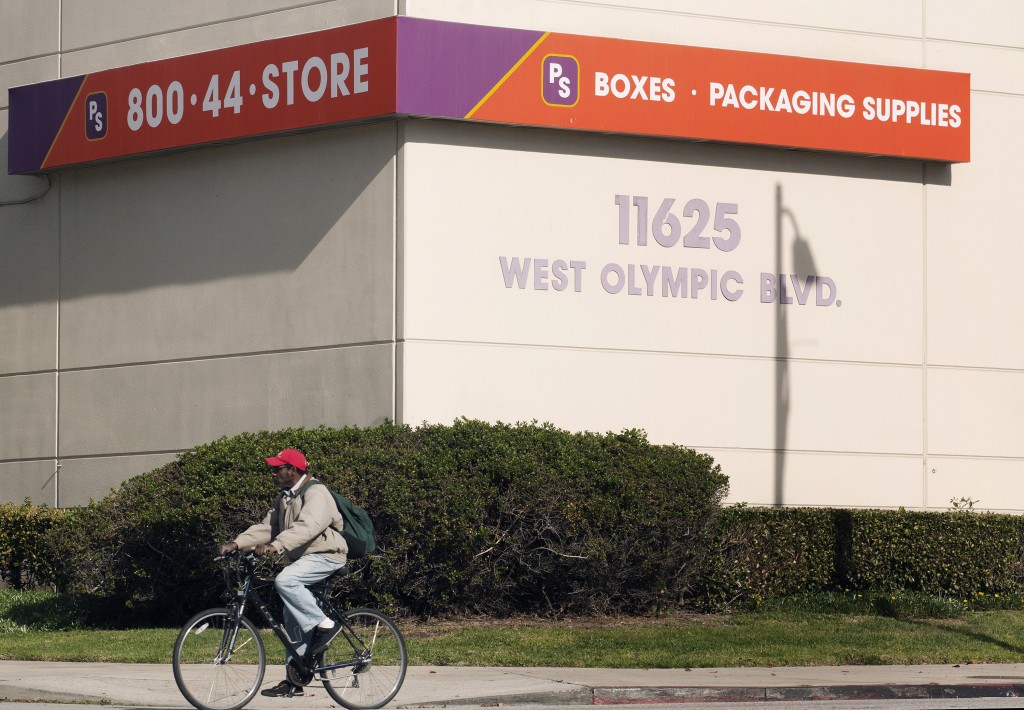 For more than three decades, Public Storage, of Glendale, Calif., has been one of the most popular options for stashing it.

The company was founded in 1980 by billionaire entrepreneur B. Wayne Hughes and Kenneth V. Volk Jr. Hughes was chief executive until late 2002.

In 2006, Public Storage said it became the largest self-storage owner and operator in the world through the acquisition of Shurgard Storage Centers Inc. for more than $3 billion in stock.

Public Storage now operates about 2,390 storage facilities with a total of more than 154 million square feet of space in 38 states and seven European countries. That’s room enough for just under 2,674 football fields of stuff.

In 2013, Public Storage had its biggest growth spurt since the Shurgard merger, adding 121 self-storage properties at a cost of $1.2 billion.

Public Storage follows a straightforward business model of acquiring, developing and operating self-storage spaces for lease on a month-to-month basis for both personal and business use.

Public Storage was busy raising money last year for acquisitions and general corporate purposes. In all, the company sold $736 million of preferred stock during 2014 through several offerings.

Public Storage says it has more than 1 million customers and is on pace to record its fifth straight year of revenue increases when 2014 results are reported next month.

Public Storage has strong market share in each of the nation’s top 10 metropolitan areas, from lows of 7.1 percent in Boston and 15.6 percent in Atlanta to highs of 24.6 percent in Miami-West Palm Beach and 21.8 percent in Los Angeles.

“Trends are positive,” CEO Ronald L. Havner Jr. told analysts during a conference call in October. “Our development pipeline is expanding nicely, and we’re taking down or will take down about $400 million plus of acquisitions this year. So it’s turning out to be a pretty good 2014.”

The company declined to make Havner available for an interview.

European operations continue to be hurt by a tough economic climate and currency fluctuations, the company said in filings with the Securities and Exchange Commission.

Economic downturns in the states where Public Storage operates could also affect revenues in the future.

Of 18 analysts who regularly follow the company, two rate it a strong buy. Three others rate it as a buy. An additional 10 suggest holding the stock, and three say it will underperform.

Zacks Investment Research considers it a buy, with some reservations.

“We believe that the company holds one of the strongest balance sheets in the sector,” Zacks said this month. “However, the continuous decline in the European assets … remains a cause of concern.”