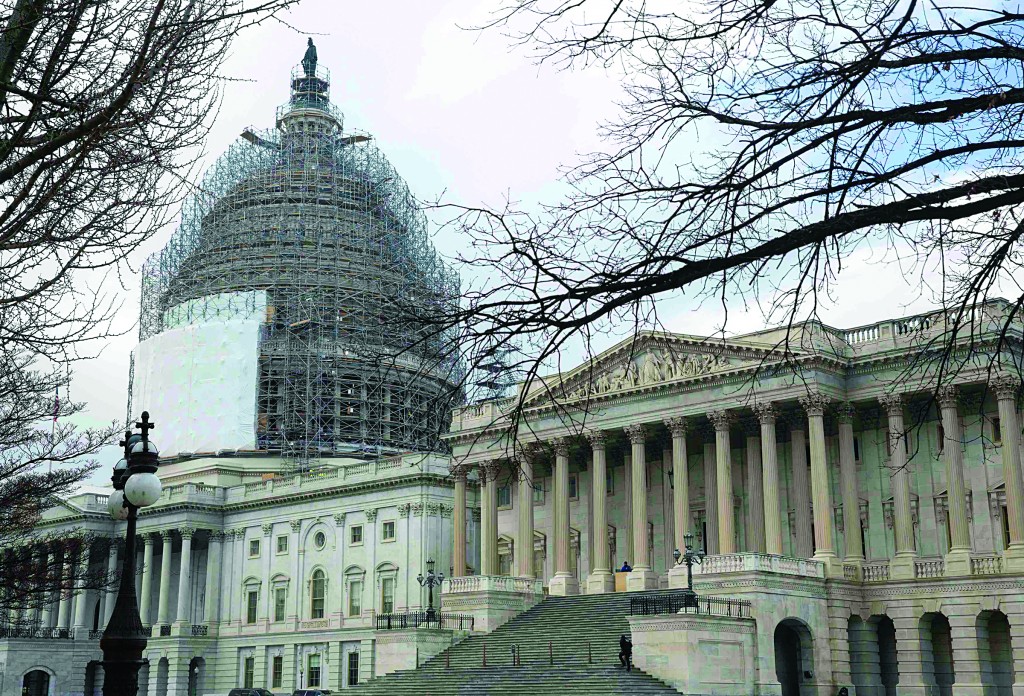 Defiant in the face of the new Republican majority, President Barack Obama was slated to press Congress Tuesday night to raise taxes on the wealthiest Americans, then funnel the revenue into tax cuts for others and programs to make community college and child care more affordable.

The key elements of Obama’s State of the Union address face long odds on Capitol Hill. But Obama’s goal appears to be less about unveiling a pragmatic legislative agenda and more about setting the tone for the 2016 election and selling the story of an economy now ready to move off austerity footing.

Indeed, the economy is in the strongest position of his presidency, with growth on the upswing and the unemployment rate down to 5.6 percent in December. Yet workers’ wages remains stagnant, making the recovery a distant one for many Americans.

Obama’s advisers say the proposals the president will outline are aimed at putting more money in more Americans’ pockets and giving them the opportunity to buy houses and send their children to college.

In a bid to build momentum for Obama’s second-to-last State of the Union address, the White House has rolled out many of the president’s most significant proposals ahead of the speech. With few exceptions, the initiatives show little sign of a president acquiescing to the priorities of Republicans who now control both the House and Senate for the first time in eight years.

“The American people aren’t demanding talking-point proposals designed to excite the base but not designed to pass,” Majority Leader Mitch McConnell (R-Ky.) said Tuesday as he opened the Senate for business. “What they’ve said they’re hungry for is substance and accomplishment.”

He urged Obama to work with Republicans to shore up Medicare and Social Security and balance the budget, not just propose “more tired tax hikes.”

The Republican response, which traditionally follows the president’s State of the Union address, was to be delivered by Iowa Sen. Joni Ernst, who began her first term just two weeks ago. It’s the second year in a row Republicans have tapped a woman for the post-speech response, underscoring the degree to which the party is trying to shore up its appeal with female voters.

Both the White House and Republicans were stacking their guest lists for the prime-time address with people who put a human face on their policy positions.

Among those scheduled to sit with first lady Michelle Obama were Chelsey Davis, a student from Tennessee who plans to graduate from community college in May; Dr. Pranav Shetty, who has been working on the Ebola outbreak in West Africa, and Alan Gross, who was released from a Cuban prison last month as part of Obama’s decision to normalize relations with the communist island nation.

House Speaker John Boehner announced that his guest would be Cuban dissident Jorge Luis García Pérez, who spent 17 years in a Cuban prison. Florida Republican Sen. Macro Rubio was bringing Rosa Maria Paya Acevedo, whose father was a well-known Cuban dissident who was killed in a car accident that his family believes was suspicious.

Obama was expected to tout his decision to resume relations with Cuba after a half-century of estrangement. Other foreign policy matters are the military campaign against the Islamic State group, the ongoing nuclear negotiations with Iran, and Russia’s actions in Ukraine.

Obama will travel to Idaho and Kansas later this week to continue to promote his ideas.