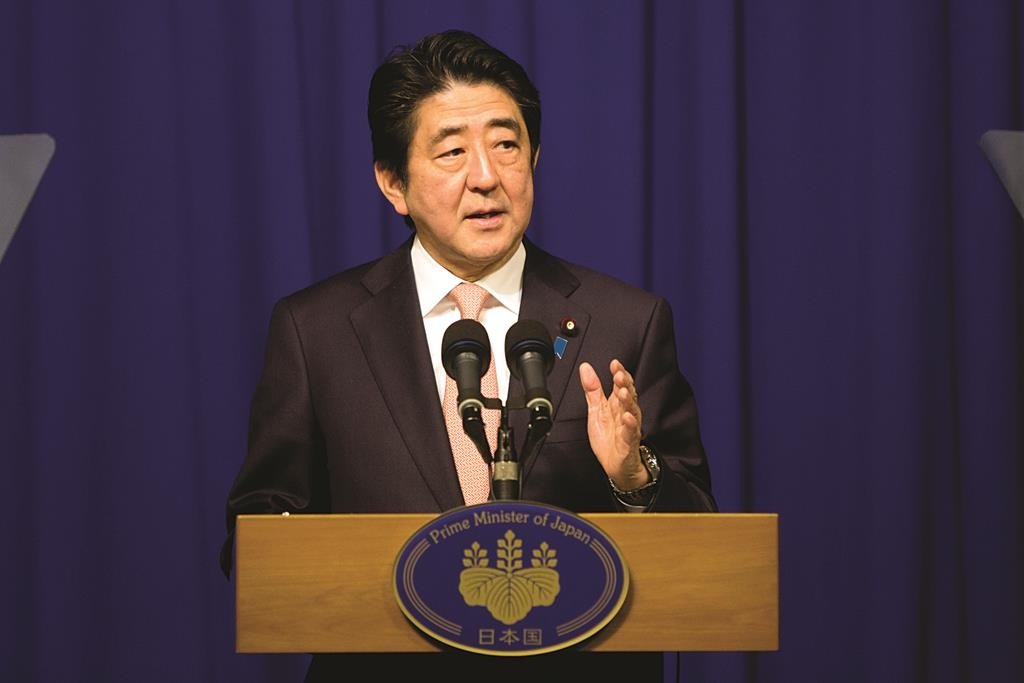 The Islamic State group threatened to kill two Japanese hostages within 72 hours, demanding a $200 million ransom in a video posted Tuesday that showed a knife-brandishing masked terrorist standing over the two kneeling captives.

Prime Minister Shinzo Abe, who was traveling in the Middle East, vowed to save the men. But with his military only operating in a self-defense capacity at home, Abe faces a hard choice: openly pay the extremists or ask an ally like the United States to attempt a risky rescue inside Syria.

Speaking in English with a British accent, the terrorist demanded $200 million for the men’s release and appeared to link the ransom to a pledge Abe made Saturday of nonmilitary aid to help the government of Iraq and to assist Syrian refugees who have fled the Islamic State’s brutality.

“To the prime minister of Japan … you willingly have volunteered to take part in this crusade,” said the masked man, who looked and sounded like the terrorist shown in other filmed beheadings.

Japanese officials said they would analyze the video to verify its authenticity, though Abe offered no hesitation as he pledged to free the men.

“Their lives are the top priority,” the Japanese leader told journalists in Yerushalayim as he wrapped up a six-day visit to the Middle East. “Extremism and Islam are completely different things.”

Abe and others in his government declined to say whether they would pay a ransom, though Abe dispatched his deputy foreign minister, Yasuhide Nakayama, to Jordan to seek the country’s support in resolving the hostage crisis.

Agreeing to the Islamic State group’s demands would run contrary to allies like the U.S. and Britain, which have a strict policy of not paying ransoms.

The two Japanese hostages said nothing during the video.

Goto is a respected Japanese freelance journalist who went to report on Syria’s civil war last year.”I’m in Syria for reporting,” Goto wrote in an email to an Associated Press journalist in October, before he was abducted. “I hope I can convey the atmosphere from where I am and share it.”

Yukawa, the founder of a private security company, was kidnapped in Syria in August after going there to train with terrorist.

Nobuo Kimoto, an adviser to Yukawa’s company, told Japanese media station NHK that he had worried “something like this could happen sooner or later.”