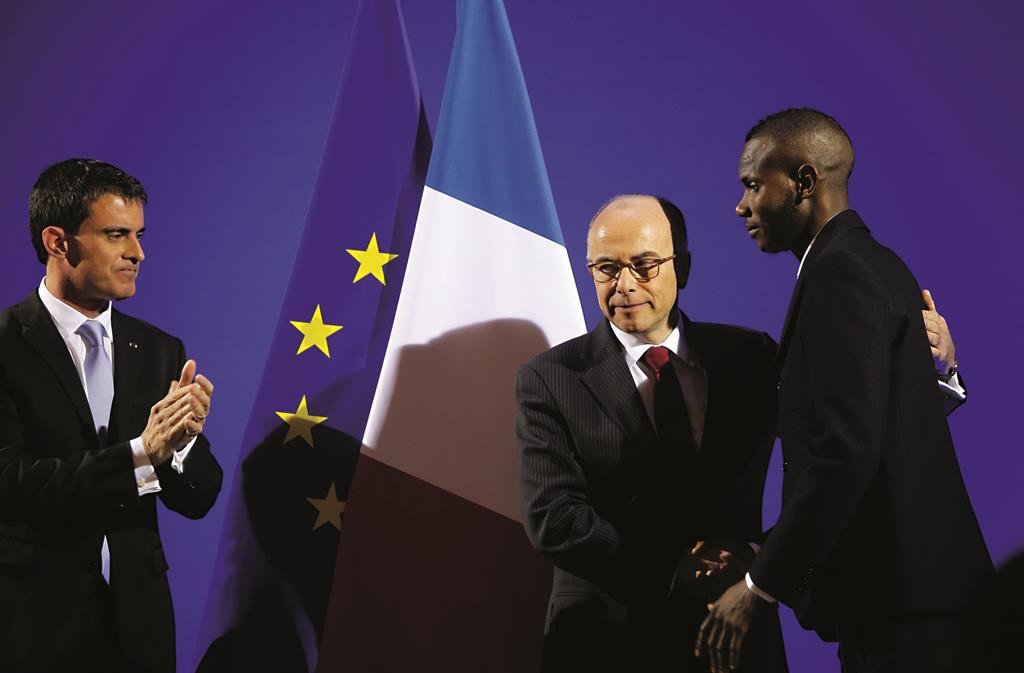 The four men remained in court late Tuesday awaiting an anti-terror judge’s decision on whether to open preliminary investigations against them.

France is on high security alert after the country’s worst terrorist attacks in decades. The court case and the arrests came as Valls urged his nation to do some soul-searching about the country’s deep ethnic divisions and declared that fighting hatred, anti-Semitism and racism was a top priority, especially in France’s impoverished housing projects.

The Paris prosecutor’s office said the four men in court Tuesday were suspected of providing logistical support to Amedy Coulibaly, one of the terrorists killed by police, and requested they be detained longer on weapons and terrorism charges.

Coulibaly shot a policewoman to death on the outskirts of Paris and then killed four hostages inside a kosher supermarket before being shot dead by police. It is not clear whether the four suspects, all in their 20s, were involved in plotting the attacks or were even aware of Coulibaly’s plans.

Five others arrested in the investigation were released without charge, prosecutors said.

Meanwhile, France honored a Mali-born employee of the kosher market who saved lives there by granting him citizenship.

Lassana Bathily, 24, was in the store’s underground stockroom when Coulibaly burst in upstairs and killed four people. He turned off the freezer and hid a group of shoppers inside before sneaking out to speak to police and help the operation to free the 15 hostages and kill the attacker.