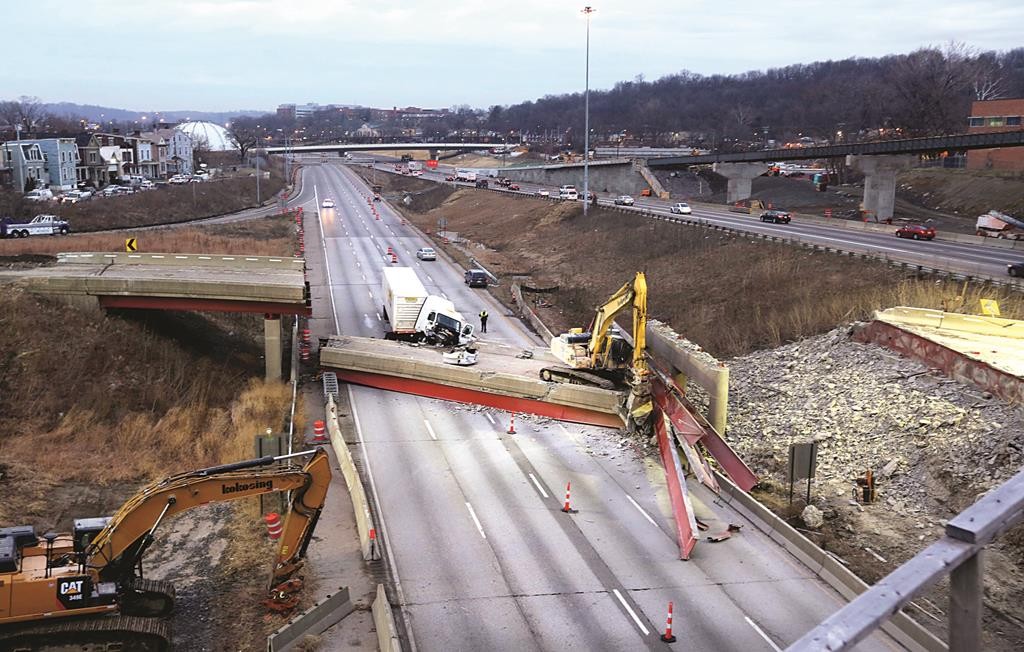 Tons of concrete and steel covered the southbound lanes of a major Cincinnati artery Tuesday after an overpass collapse during demolition work left one worker dead, a tractor-trailer driver injured, and police considering what the potential toll might have been had the accident occurred amid heavy traffic.

The removal of debris from Interstate 75 began Tuesday afternoon and was expected to take 24 to 48 hours. Ohio transportation authorities will then assess the pavement where the section of overpass deck landed Monday night with what a resident described as an earth-shaking thud. The Ohio Department of Transportation said it’s difficult to predict how long pavement repairs might take without seeing the damage.

Cincinnati Police Chief Jeffrey Blackwell said casualties could have been much higher had the accident occurred at a busy time on the interstate that carries more than 178,000 vehicles a day through the area some five miles north of the Ohio River.

The stability of the nation’s bridge system has been a concern of the U.S. Department of Transportation for much of the last decade.

In 2007, 13 people were killed and 145 were injured when a bridge on Interstate 35 in Minneapolis collapsed. And in 2013, a bridge in Washington state that ran along Interstate 5 collapsed into the Skagit River. No one was killed.