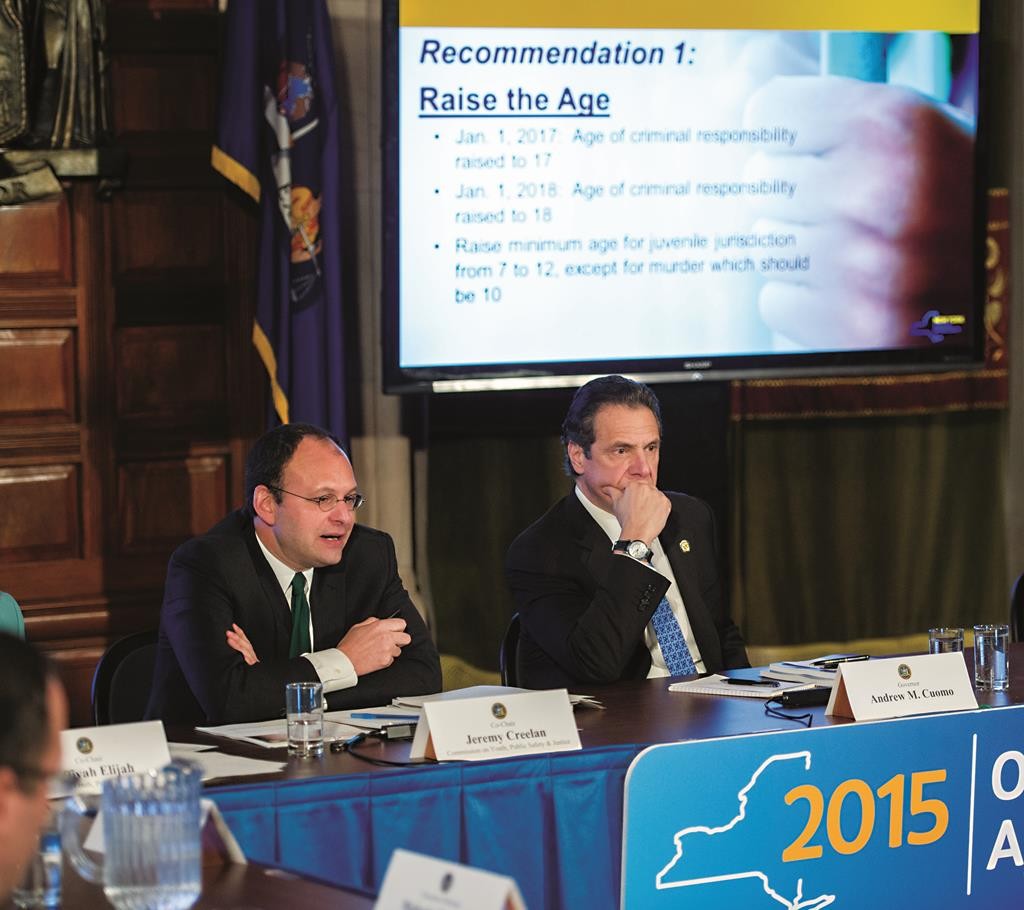 Gov. Andrew Cuomo said he will submit legislation incorporating recommendations made Monday by a juvenile justice panel, including raising the age of criminal responsibility in New York from 16 to 18, shifting nonviolent offenses for those under 18 to family court, and keeping young people out of adult jails and prisons.

The report presented to Cuomo by the Commission on Youth, Public Safety and Justice also calls for investment in interventions that keep young offenders out of trouble so they can go on to get jobs, enter military service or go to college.

“I want to be able to say I closed more prison cells than any other governor in the state of New York,” Cuomo said Monday.

The panel advised shifting misdemeanor and nonviolent felony cases for 16- and 17-year-olds to family court, and shifting serious violent crimes for that age group to a new “youth parts” in criminal court with judges specially trained to deal with adolescents.

Nonviolent offenders up to age 21 would be allowed to have their records sealed if they remain conviction-free for at least five years.

The report would require opening new facilities throughout the state to house younger offenders, but getting young people out of crime at an early age should eventually drive down overall criminal conviction rates and prison costs.

New York and North Carolina are the only two states that prosecute 16- and 17-year-olds as an adult regardless of the severity of the crime.