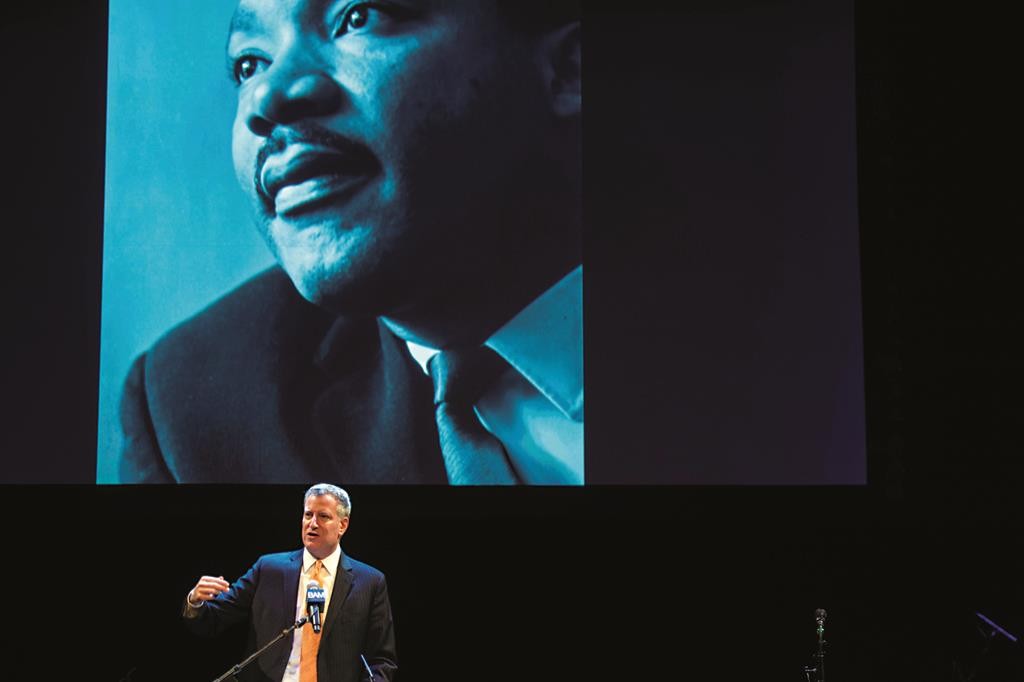 Mayor Bill de Blasio made his first appearance Monday with Al Sharpton since the grand jury decision acquitting a white police officer in the death of a black man inflamed the city.

Sharpton, who has led many of the Garner protests and is often a fierce police critic, has been a flashpoint in the mayor’s tense relations with police, but de Blasio did not hesitate to hug the civil rights leader as the media’s cameras clicked for the event marking Martin Luther King Jr. Day.

De Blasio said Sharpton has “the kind of leadership that moves us forward.”

“Unlike the popular view, Bill de Blasio and I don’t agree on everything,” Sharpton responded. “We didn’t want a flunky. We wanted a mayor — and we got a mayor — that would talk to us and respect us.”

The commemoration this year took on added meaning at a time of tense race relations. De Blasio vowed Monday that the city would emerge from it more unified with “deeper respect for all.”

As poll released Monday finds that two-thirds of New Yorkers think race relations in the state are fair or poor, compared to 51 percent a year ago.