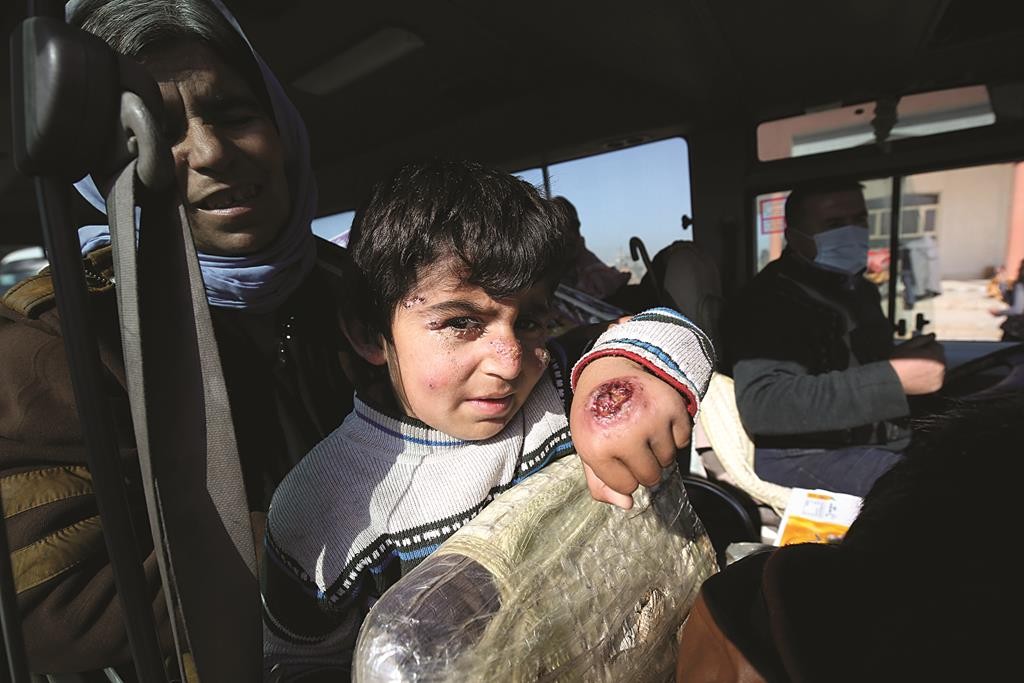 Nearly every night for a year, mortar and sniper fire from Islamic State group terrorists has pinned down outgunned Iraqi troops on the edge of Fallujah.

The city, the first to fall to the Sunni extremists a year ago this month, exemplifies the lack of progress in Iraq’s war against the Islamic State group, which holds a third of the country. U.S.-led airstrikes and Iranian aid have helped Iraqi troops, militiamen and Kurdish fighters take back bits around Islamic State-held territory, but recapturing it all remains far out of reach.

The fall of Fallujah in January 2014 started the Islamic State group’s dramatic blitz across Iraq. In June, the extremists captured Iraq’s second-largest city, Mosul, then swept south toward Baghdad in a march that put almost all the Sunni-majority regions of northern and western Iraq into its hands.

Gen. John Allen, the U.S. envoy to the anti-Islamic State coalition, said that advise-and-assist teams are working to train and equip 12 Iraqi brigades to prepare them for retaking Fallujah and Mosul.

“We expect that we’ll see the effectiveness of this force improve over time and ultimately that they’ll be able to take back the population centers and the municipalities,” Allen told journalists Wednesday in Baghdad.

But, he acknowledged, there is no timeline for an assault on Fallujah or Mosul.

Almost all of the freed prisoners are in poor health and bore signs of abuse and neglect. Three were young children.