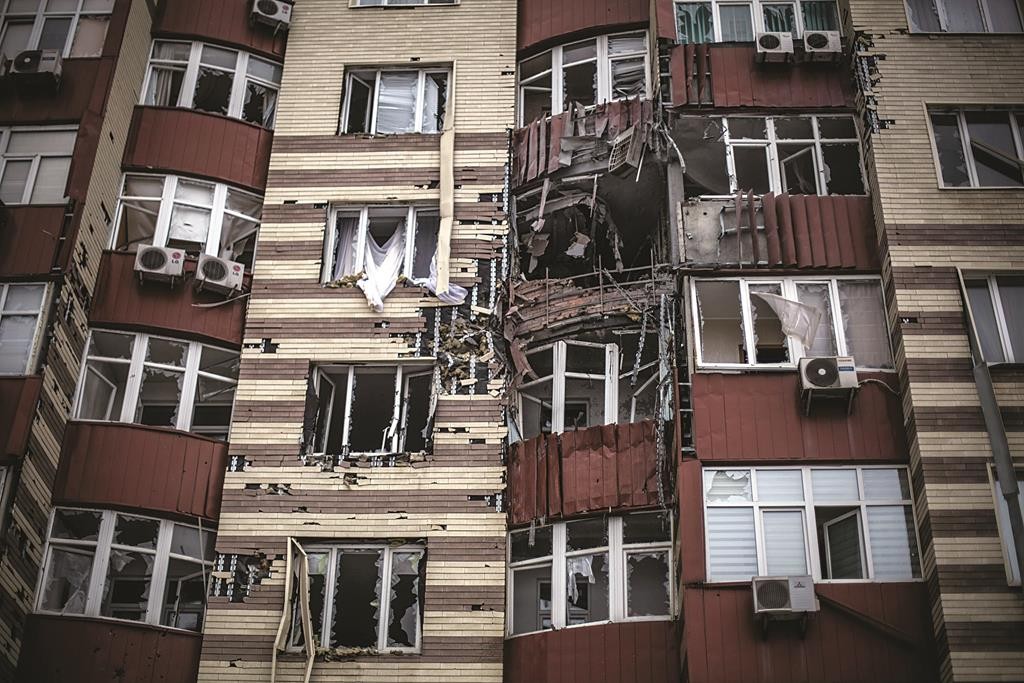 Ukrainian troops recaptured almost all the territory of Donetsk airport in eastern Ukraine they had lost to separatists in recent weeks, as thousands gathered in Kiev for a state-sponsored peace march on Sunday.

The offensive brought fighting close to the industrial city of Donetsk, center of a pro-Russian rebellion, while shelling intensified in other parts of the region known as “Donbass”.

With attempts to restart peace talks stalled, pro-Russian rebels have stepped up attacks in the past week and casualties have mounted, including 13 civilians killed in an attack on a passenger bus, which Kiev blamed on the separatists.

Ukrainian President Petro Poroshenko addressed several thousand people in Kiev late Sunday at a peace march in memory of those killed on the passenger bus.

“We will not give away one scrap of Ukrainian land. We will get back the Donbass … and show that a very important aspect of our victory is our unity,” he said.

A ceasefire agreed in Minsk in early September has been regularly violated since the start by both sides, and fighting has flared up again since plans for peace talks last week were abandoned.