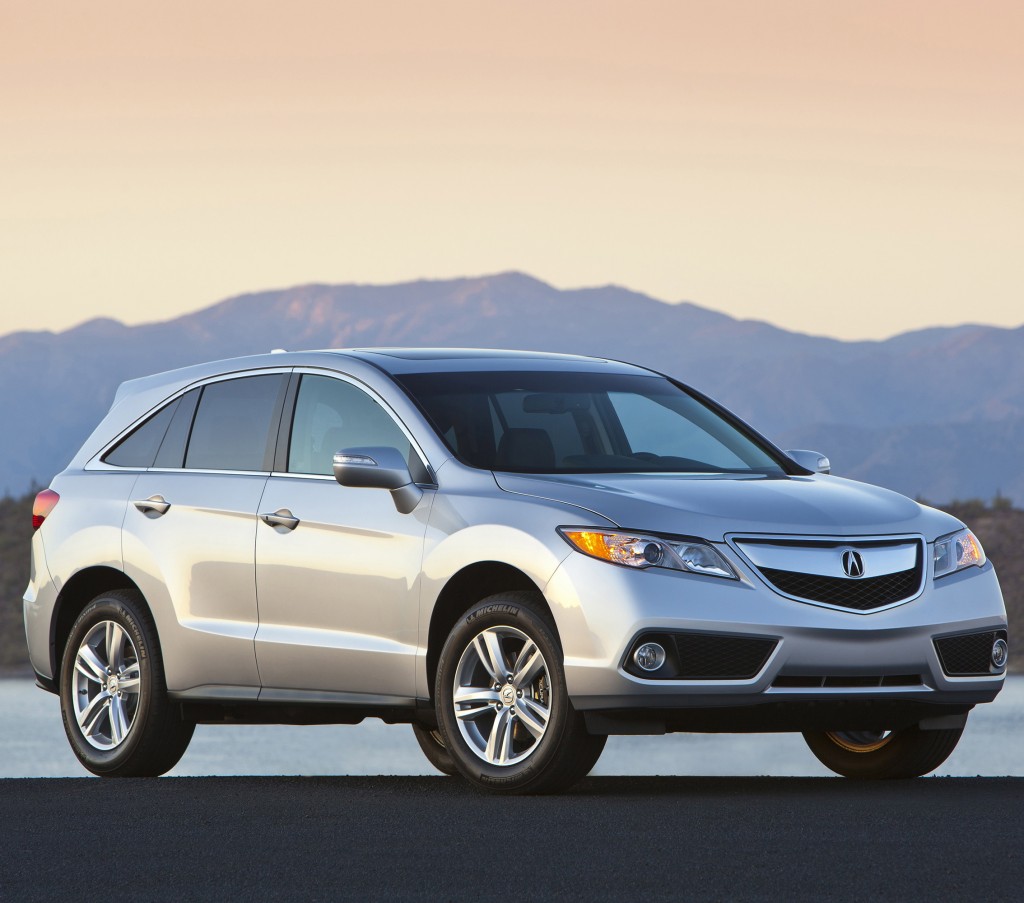 Now in its third year since a complete redesign, the 2015 Acura RDX compact crossover continues as an upscale vehicle that’s not much more expensive than some non-premium competitors.

The RDX is in the entry-premium SUV segment, competing against vehicles such as the Audi Q5, BMW X3, Infiniti QX50, Mercedes-Benz GLK350, Volkswagen Tiguan and Volvo XC60.

Even with gasoline prices down dramatically in recent weeks, sales of these compact crossovers, including premium models, are still climbing as consumers look for smaller vehicles with better fuel economy. Buyers in this class are looking for more of everything, including fuel economy, luxury and performance — but in smaller packages.

Introduced originally for 2007, the five-passenger RDX is based on the architecture of Honda’s popular CR-V compact crossover, which got its own slight makeover for 2015.

This RDX is based on the current CR-V, but the chassis has been stretched a bit. It’s about five inches longer than the CR-V, two inches wider, and an inch taller. The RDX’s wheelbase is about two inches longer, as well, which helps give it a smoother ride.

Exterior styling is sporty, especially in the front. The rear wasn’t changed much, so it still looks quite a bit like the CR-V. Overall, the vehicle remains easily recognizable as an RDX, but side by side with a CR-V, you can see the similarities.

The RDX’s biggest difference from the CR-V is under the hood. While the Honda comes with a four-cylinder engine, the RDX is offered only with a pleasingly peppy V-6. Gone is the previous model’s turbocharged four-cylinder, but fuel economy was increased from the previous generation.

The 3.5-liter engine is rated at 273 horsepower and 251 pound-feet of torque, and is paired with a six-speed automatic transmission with manual-shift feature, activated by paddles behind each side of the steering wheel.

Our tester, the EX-L trim, had the optional all-wheel-drive system, which is borrowed from the CR-V. It’s not the nicer Super-Handling All-Wheel Drive from the previous RDX, which is still found on more-expensive Acura models.

Four-wheel-drive mode operates automatically, with no input necessary from the driver. Power normally is directed to the front wheels until wheel-slippage is detected. Then, as needed, up to half of the torque can be transferred to the rear wheels. There is no low-range gearing for serious off-road driving, though, nor is there a locking differential to allow the driver to force the power to the rear.

This RDX has a much more luxurious interior than that of the CR-V, with standard leather upholstery and other amenities that clearly put the vehicle in the premium class. The cabin also is much quieter than before, thanks to better insulation and Active Noise Control technology — similar to those noise-cancelling headphones people wear on airplanes.

The vehicle also has larger door openings, more passenger and cargo space, and new features such as an optional power-operated tailgate, which makes it much easier to open and close when your hands are full.

As with most vehicles Honda aims at families, the RDX has lots of interior conveniences that make trips easy on everyone.

We enjoyed the various storage spaces included in the car, especially the compartment at the front of the center console, with a sliding cover, perfect for tucking away phones and iPods. It even includes two 12-volt power outlets and a USB port, keeping charging cords and such tucked away. The lid can be closed to keep the devices out of view when the car is parked.

Among the RDX safety features is Honda’s Advanced Compatibility Engineering — ACE — body and frame structure, which helps protect occupants and other motorists (and even pedestrians) involved in an accident with the RDX.

Both front bucket seats are heated and have perforated leather surfaces. The leather-wrapped steering wheel has tilt and telescopic adjustments.

Dash gauges are backlit with LEDs, and there is a driver-information display in the instrument panel. A rearview camera system is standard, with three viewing modes.

The power door locks include keyless access, and pushbutton start is standard. The rear seatback has a 60/40 split-folding feature to allow for expansion of the cargo area, which has 26.1 cubic feet of space with the rear seat in place.

Those front seats are quite comfortable, and even the rear seat offered plenty of legroom, although the center position, as in most vehicles, probably should be left to smaller people or a child safety seat.

A fold-down armrest is provided in the middle of the rear seat for use when no one is sitting there, and it has two cupholders.

The RDX’s ride is softer than that of the previous model, but the tradeoff is that this one doesn’t handle as crisply. It’s meant more for comfort than performance, which is what most buyers probably are looking for in this class.

Still, it’s a very good vehicle that does what it’s intended to do: haul people and kids around in comfort, in a smaller, more-fuel-efficient package that’s easy to negotiate through traffic and crowded mall parking lots.

The Technology Package, the only extra available on the RDX besides all-wheel drive, adds $3,700 to the price. For that, you get the AcuraLink satellite communication system with real-time traffic and weather information; a voice-activated navigation system with a 60-gigabyte hard drive for music storage; GPS-linked solar-sensing for the climate-control system; the power tailgate; and the Acura/ELS Surround Sound audio system with 10 speakers, DVD-Audio, multi-format CD player, and XM radio.

Our fully equipped test vehicle — with all-wheel drive and the Technology Package — had a total sticker price of $40,890, including freight.

Highlights: The RDX, based on the slightly stretched underpinnings of the newest Honda CR-V, was completely redesigned for 2013. It comes with a V-6 engine instead of the four-cylinder found in the Honda.

Side air bags: Front seat-mounted; roof-mounted side-curtain for both rows.