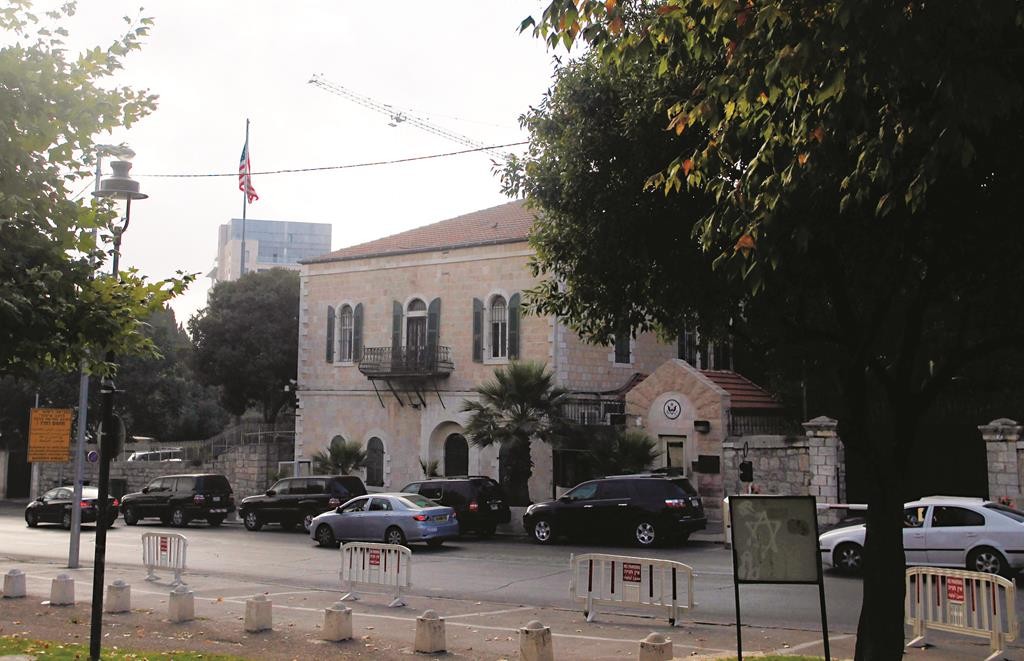 A plan to hire armed Palestinian security guards for the American consulate in Yerushalayim has precipitated a walkout by Israeli guards in protest, amid claims of an anti-Israeli attitude on the part of the consulate’s chief security officer, Ynet reported on Thursday.

They charge that the plan violates a 2011 agreement between the consulate and the Israeli government, which stipulated that only former IDF combat soldiers would be permitted to carry weapons while working for the consulate. Currently, dozens of Palestinians from eastern  Yerushalayim do work as guards at the consulate, but without weapons.

The consulate issued an offhand rejection of the complaint, expressing “complete faith in the professionalism of its staff…We do not discuss security for our diplomatic delegation, but note that there are many inaccuracies in the claims. Furthermore, we coordinate our work with local authorities in a complete and ongoing manner.”

Since Cronin took over as head of security, about a year and a half ago, Israeli employees say that seven Israeli guards were fired, compared to one Palestinian, and three more Israeli guards quit recently to protest Cronin’s decision to bring in armed Palestinians.

Some of the Palestinian guards have arrest records for throwing stones, or have relatives who were convicted of terrorist activity, according to sources.

“The consulate’s conduct is extremely biased towards the Palestinian side, and Cronin is actually raising an armed militia of Palestinians in the consulate. They’re trained in weapons use, Krav Maga, and tactical driving. This is irresponsible. Who is ensuring that putting this weaponry in Palestinian hands will not lead to terror?”