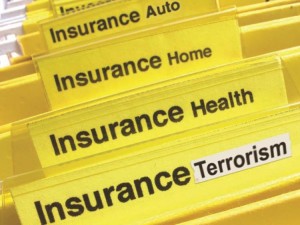 The wave of terrorism in Europe has inspired a new brand of insurance — “terrorism insurance” for Israelis traveling on the Continent, according to Arutz Sheva.

Maccabee Insurance has begun offering Israelis a policy that promises a high payout if a policy holder is killed or injured in a terror attack in Europe.

Maccabee decided to offer the coverage “in light of the security situation in the world today,” explained a spokesperson for the underwriter, Clal Insurance.

The offer is not entirely new. Most travel insurance policies offered by Clal and others already include coverage for terror attacks, but this one features enhanced coverage, providing extra payments for medical care and other expenses directly incurred through an attack.

Maccabee took pains to make clear that the new policy had been under development for several months, and was not announced as a “sales promotion” to exploit public anxiety following the terror attacks in Paris last week. It was already available since January 1, before those attacks occurred.

This article appeared in print on page 7 of the January 16th, 2015 edition of Hamodia.