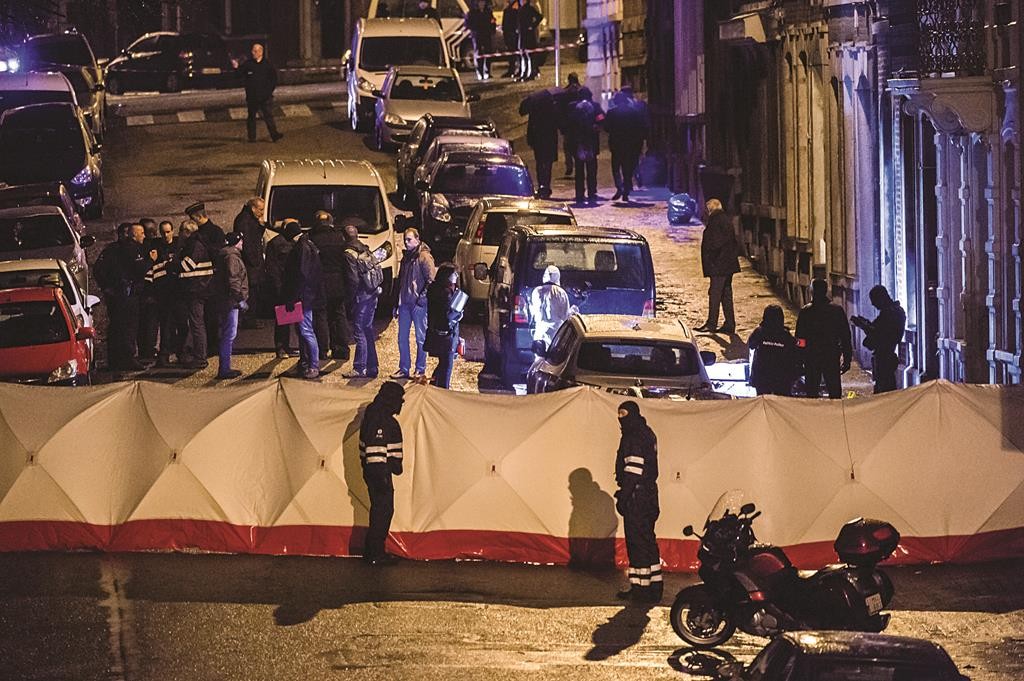 Belgian security forces killed two terror suspects with links to Syria in a fierce shootout in the eastern city of Verviers on Thursday and arrested another, foiling a major and imminent attack against police buildings, authorities said.

The raid came amid an international hunt for possible accomplices to terrorists who killed 17 people in France last week before being shot dead by police. Those attacks, by men claiming allegiance to the Islamic State group in Syria and al-Qaida in Yemen, have raised fears around Europe of more attacks.

Belgian federal magistrate Eric Van der Sypt said in Brussels that there was no link at this stage between the Paris attacks and the Belgian operation, which he said is the result of an investigation that has been underway for a few weeks.

The suspects immediately opened fire on police when they closed in on them near the city’s train station, he said. There was an intense firefight for several minutes on an upper level of a building in Verviers where the raid took place, which appears to be residential.

“These were extremely well-armed men” with automatic weapons, Van der Sypt said. Police buildings were the target of an attack expected within hours or days, he said.

“We still expect a number of arrests,” he said. No police were wounded or killed in the firefight, which occurred at the height of rush hour in a crowded neighborhood. Verviers, a former industrial town with about 56,000 residents including a large immigrant community, is about 80 miles southeast of the capital, Brussels.

Earlier Thursday, Belgian authorities said they are looking into possible links between a man they arrested in the southern city of Charleroi for illegal trade in weapons and Amedy Coulibaly, who prosecutors say killed four people in a Paris kosher market last week.

Several countries are now involved in the hunt for possible accomplices to Coulibaly and the two other gunmen in the French attacks.

In Spain, authorities said Coulibaly drove his common-law wife from France to Madrid on Dec. 31 and was with her until she took a Jan. 2 flight to Istanbul.

Spain’s National Court said in a statement it was investigating what Coulibaly did in the country’s capital with his wife, Hayat Boumeddiene, and a third person who wasn’t identified but is suspected of helping Boumeddiene get from Turkey to Syria.

France is on edge since last week’s attacks, which began Jan. 7 at the satirical newspaper Charlie Hebdo. Defense officials said Thursday that France was under an unprecedented cyber assault with 19,000 cyberattacks launched after the country’s bloodiest terrorist attacks in decades, frustrating authorities as they try to thwart repeat violence.

Around 120,000 security forces are deployed to prevent future attacks.

The terror attacks in Paris occurred in an atmosphere of rising anti-Semitism in France and have prompted scattered retaliatory violence against Muslims, and Muslim sites around France. Justice officials have also been cracking down by arresting dozens of people who allegedly glorified terrorism, or made racist or anti-Semitic remarks.

French President Francois Hollande insisted Thursday that any anti-Muslim or anti-Semitic acts must be “severely punished.”