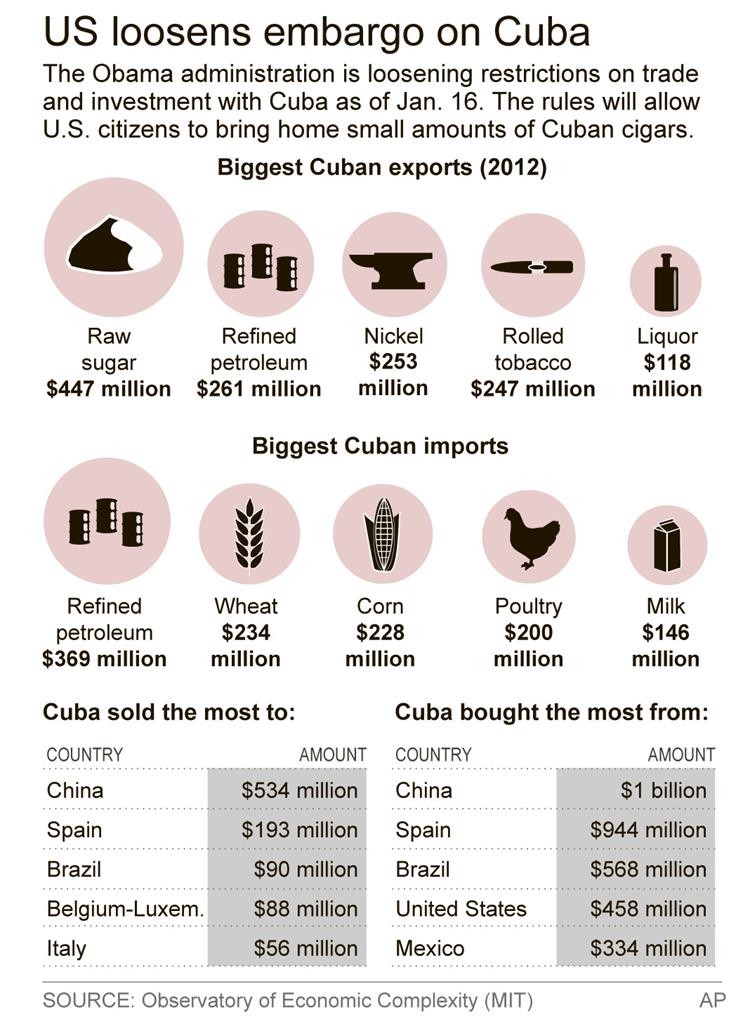 Swiftly expanding trade ties with Cuba, the Obama administration opened the door to easier travel and a wide range of new export opportunities with the communist island starting Friday, punching the biggest hole to date in America’s half-century-old embargo.

Less than a month after the Cold War foes agreed to end their enmity, the Commerce and Treasury departments unveiled new rules Thursday permitting U.S. citizens to visit Cuba without special permits.

Most U.S. travelers still will be required to go on supervised group trips, but now virtually any U.S. company or organization can offer such trips without the paperwork and inspections that discouraged past expansion of travel to Cuba. Some tour operators, already seeing unprecedented interest in legal travel to Cuba, expect some tourists to simply ignore the restrictions.

American companies also now will be permitted to export telephones, computers and internet technology, and to send supplies to private Cuban firms. However, Cuban authorities have said nothing about the restrictions they might impose on U.S. products entering a country that has long frustrated foreign investors with red tape and tapped-out infrastructure.

The changes are the latest step in President Obama’s plan to rebuild relations with Cuba after a history marred by suspicion, espionage and conflict. The new regulations come three days after U.S. officials confirmed the release of 53 political prisoners Cuba had promised to free.

They also allow U.S. citizens to start bringing home small amounts of Cuban cigars, long adored by aficionados but banned under U.S. law. The limit is $100 for alcohol and tobacco products and $400 in total goods.

Only Congress can fully end the 54-year embargo. Obama announced last month he would soften the restrictions, arguing that “these 50 years have shown that isolation has not worked.” The new spirit of cooperation emerged after 18 months of secret talks that culminated in the exchange of imprisoned spies and the release of Alan Gross, a U.S. government contractor who had been imprisoned in Cuba for five years.