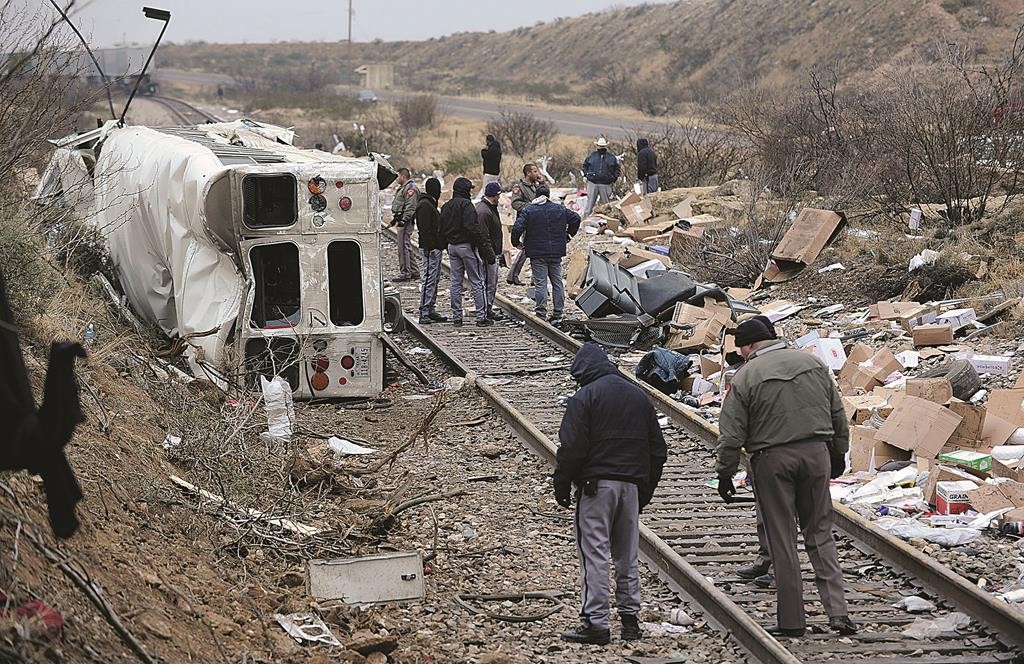 Eight inmates and two corrections officers died Wednesday when a prison bus skidded off an icy West Texas highway, slid down an embankment and collided with a passing freight train, authorities said.

An earlier accident on the I-20 overpass may have contributed to the prison bus losing control, Donaldson said.

The Texas Department of Criminal Justice confirmed the 10 deaths in a statement, adding that four prisoners and one corrections officer were injured.

The Union Pacific freight train with four locomotives and 58 cars came to a stop soon after. None of the cars derailed, but two containers at the rear of the train were damaged, said Mark Davis, a railroad spokesman.