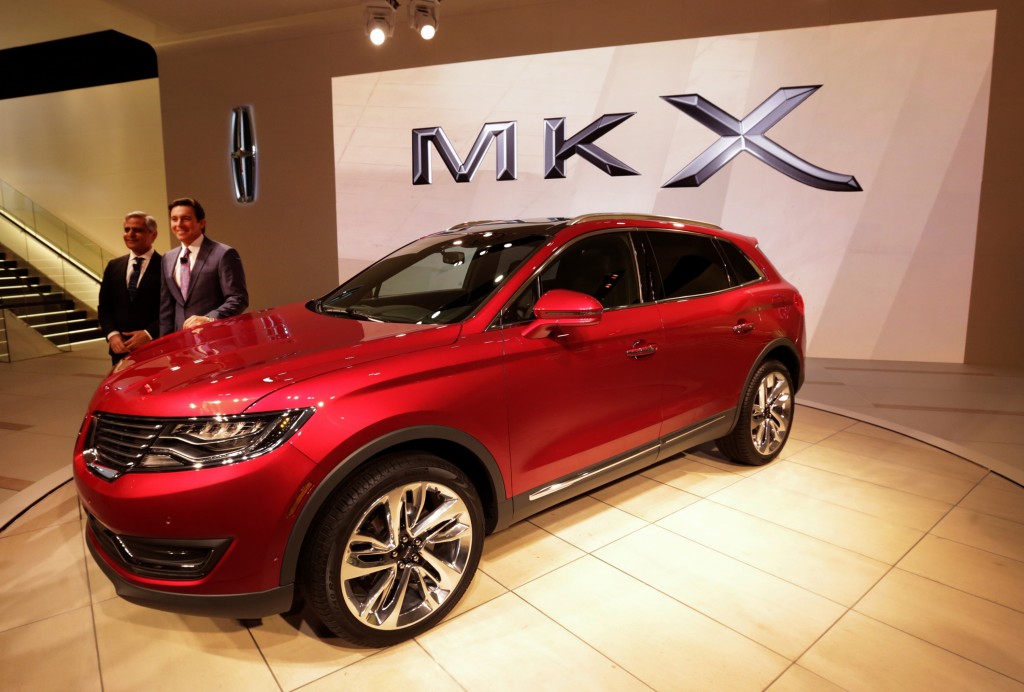 Aimed at capturing more of the U.S. and Chinese luxury market — which Ford President and CEO Mark Fields said would account for half the global luxury purchases over the next five years — the MKX is an elegantly designed and richly appointed SUV.

When the car hits dealerships in the fall, it will feature forward-looking technology like parking assist, schedulable remote starting, seats that massage on the road and deflate to make exit and entrance easier, and a hands-free liftgate with personalized settings for users of different heights.

Under a swelling violin soundtrack, Fields and Lincoln President Kumar Galhotra showed off what Galhotra called the MKX’s “soft supple leathers” and “rich unique woods,” and drew attention to specific details like the MKX’s self-washing front-end camera, which assists in parking and other semi-autonomous functions.

The 2016 MKX will feature a premium Revel sound system, and is the first in a series of Ford and Lincoln vehicles that will use this brand under a 10-year exclusive deal Ford made with Revel parent company Harman, which claims to produce entertainment and information systems for 80 percent of the world’s luxury vehicles.