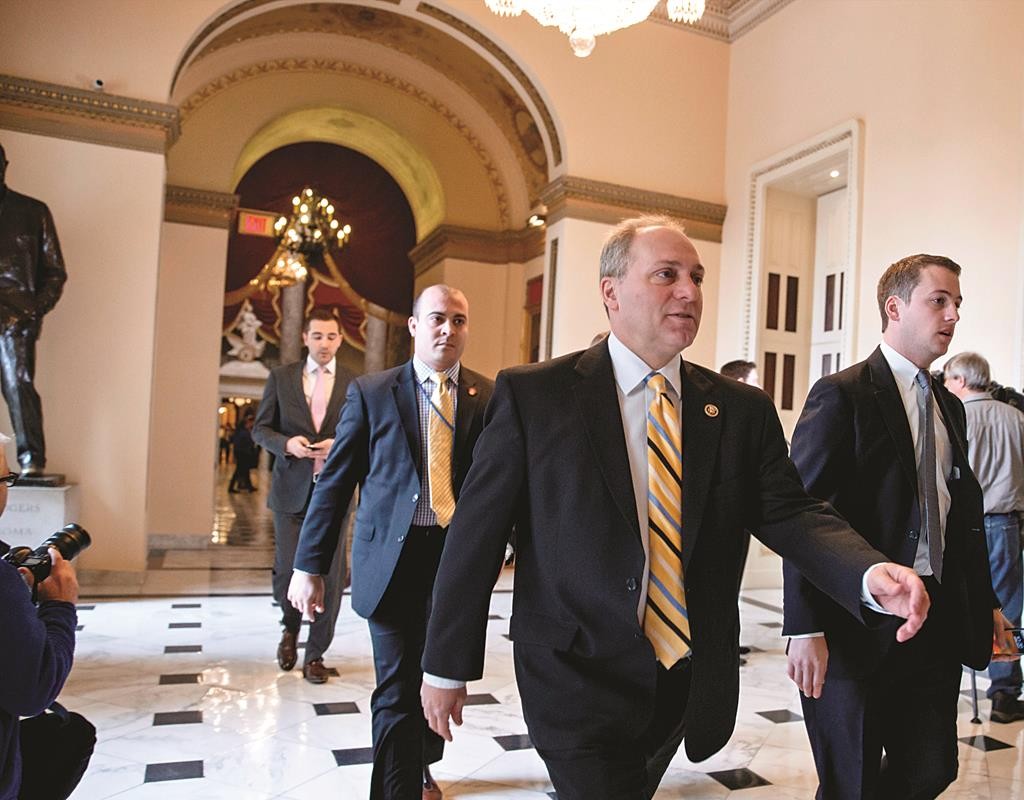 Shunning a White House veto threat and opposition within their own party, House Republicans approved legislation Wednesday to overturn President Barack Obama’s key immigration policies and expose hundreds of thousands of younger immigrants to expulsion from the U.S.

The 236-191 vote came on a broad bill that would provide $39.7 billion to finance the Homeland Security Department through the rest of the budget year, legislation that lawmakers of both parties said was sorely needed to pay for counterterrorism, cybersecurity and other priorities at a moment when the Paris terror attacks have underscored dire threats.

Democrats accused Republicans of putting that money at risk by attaching veto-bait amendments on immigration, and some Republicans voiced the same concern. But House GOP leaders and most of their rank and file accused Obama in turn of reckless and unconstitutional actions on immigration that had to be answered.

“This executive overreach is an affront to the rule of law and to the Constitution itself,” said House Speaker John Boehner of Ohio. “The people made clear that they wanted more accountability from this president, and by our votes here today we will heed their will and we will keep our oath to protect and defend the Constitution.”

One of the immigration amendments, approved 237-190, would undo executive actions that Obama announced in November to provide temporary deportation relief and work permits to some four million immigrants in the country illegally, mostly people who have children who are citizens or legal permanent residents. The amendment also would cancel earlier directives to immigration agents aimed at giving them discretion in focusing deportations on criminals.

A second amendment would delete Obama’s 2012 policy that granted work permits and stays of deportation to more than 600,000 immigrants who arrived in the U.S. illegally as children under age 16. That measure passed narrowly, 218-209, as 26 of the more moderate Republicans, some representing large Hispanic populations, joined Democrats in opposition.

The underlying bill passed on a mostly party line vote, with 10 Republicans voting “no” and two Democrats voting “yes.”

But even with Republicans in control of the Senate, the bill faces tough sledding there. Republicans are six votes shy of the 60-vote majority needed to advance most legislation, and some GOP senators have argued that the Homeland Security bill shouldn’t be the vehicle for a contentious debate on immigration.