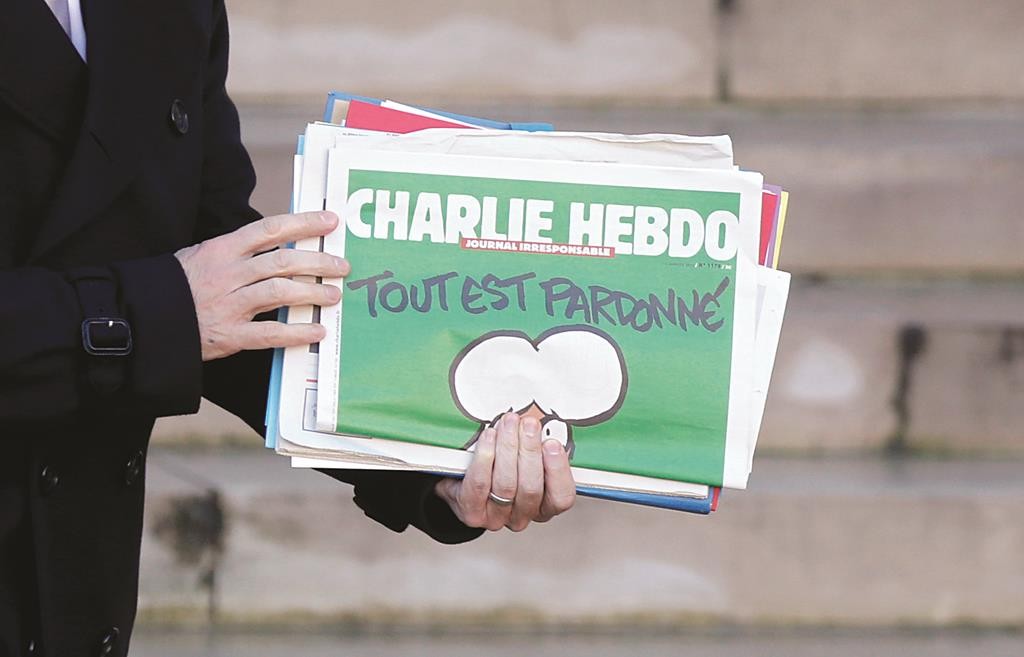 Charlie Hebdo’s first edition since an attack by Islamist terrorists sold out within minutes at stores Wednesday, featuring a cartoon of Mohammad, founder of Islam, on a cover that defenders praised as art but critics saw as a new provocation.

French readers lined up at dawn for copies to support the satirical newspaper. Across the Middle East, Muslim leaders who have denounced the attack in which 12 people died called for calm, while criticizing Charlie Hebdo’s decision to publish a fresh caricature of Mohammad.

Three million copies of the “survivors’ edition” were printed, and an additional 2 million is expected, dwarfing the usual 60,000 print run. On its cover, a tearful Mohammad holds a “Je suis Charlie” sign under the words “All is forgiven.”

Prime Minister Manuel Valls, himself a frequent target of the weekly’s caricatures, left a cabinet meeting with a copy tucked under his arm.

There was brisk bidding for copies of Charlie Hebdo on internet auction sites. On the Irish version of eBay, emailed electronic copies were selling at prices starting around 6.50 euros ($8), while hard copies attracted bids over 200 euros ($240). On British eBay, bidding on one copy went above 95,000 ($145,000), though it was unclear whether the bids were genuine or an attempt to make mischief.

Meanwile, the Interior Ministry said over 50 cases of people voicing support for terrorism had been registered since the attack on Charlie Hebdo’s Paris office and the subsequent killings of a policewoman and four Jews at a kosher supermarket.

France will announce next week a set of anti-terrorism measures, officials said. New resources will be released for surveillance and France could look at widening the policy of isolating radical prisoners.