World The Unwelcome ‘Other’
World 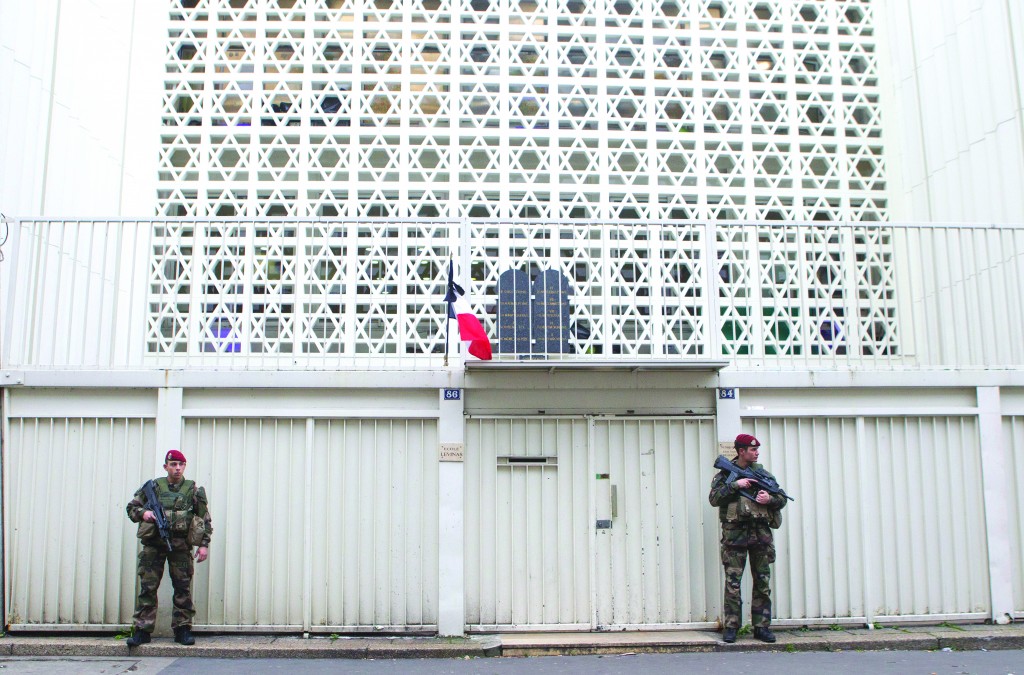 A New Yorker who moved to Paris 20 years ago reveals what it’s like to be a Jew in today’s France.

When Avraham moved from Brooklyn to Paris 20 years ago, Jews were not afraid to walk the streets. True, he walked with a cap on his head instead of a kippah (“that’s what they do in France”), but he felt perfectly comfortable to read a Hebrew newspaper on a subway.

“In fact, people who saw you reading Hebrew would come over and say ‘Shalom,’” he recalls.

What a difference two decades can make.

“Today, I’m very scared,” says Avraham, who tellingly asks that we not use his name.

Where? “Everywhere. You don’t know where, or when, terror can strike. In a kosher supermarket, a shul, on the street, anywhere.”

The problem isn’t just the Muslims, who make up 10 percent of the population in France, but the overall climate that does everything it can to make Jews feel like outsiders.

The feeling that Jews — especially religious Jews — are not welcome in France is getting stronger and stronger. “If you are shomer Shabbos you can’t take state exams, for instance, to gain admission to university or to get licensed in your field,” Avraham says. “I know someone who asked for a dispensation and was told that ‘people like you should go to private Jewish school.’

“Coworkers give you the feeling that you’re not welcome. It’s an intangible. When I had to go to the hospital for a leg injury, the doctor laughed at me as he put on the bandage.

“Twice in the last few weeks I hailed a cab that had a green light on top of it indicating that it was vacant. It stopped for me, since I wear a standard winter hat that doesn’t stand out. But when I tried to get in with my three young boys, with their tell-tale baseball caps, the driver suddenly announced that he had received another call and wasn’t available to take us.”

When he went to City Hall to register his son, the clerk made a big fuss over the name, Yisroel. “What kind of name is that?” the clerk wanted to know, with obvious disdain.

When did things start changing for French Jewry? Avraham puts his finger on the second intifada that broke out in September 2000. Muslims began attacking Jews, shuls and businesses, and the government dismissed it all as “juvenile delinquency” in the suburbs, youngsters whose parents weren’t able to exert control in a new, Western culture.

The country’s traditional pro-Arab stance became much more strident. “The French were always testing us to see if we were willing to condemn Israel,” says Avraham. “Otherwise, we were regarded as an ally of Israel and accused of dual loyalty.

“It was incredible. Every Frenchman would ask you about Har Choma. They don’t know anything about the geography of Israel, but everyone knew apartment buildings in Har Choma because it was in the news.”

The head of CRIF, the umbrella organization of the French Jewish community, summed it up best when he warned of the dangers posed by the red, green, brown coalition, reflecting communism, the Green Party (environmentalists) and the extreme right of Jean-Marie Le Pen.

“The hard-core Left in France became very anti-Israel, and Jews by association are considered agents of Israel,” Avraham says.

Pascal Boniface, the head of a very influential think tank in Paris and one of the intellectual leaders of the Socialist Party, added fuel to the fire when he said that the party should cultivate the Arab vote and support the Palestinians, since there were more Muslims in France than Jews.

Jose Bouvet, head of the French Farmers Union, made the outlandish claim that the Mossad was behind attacks on shuls in a bid to divert French public attention from Israeli “atrocities” against Palestinians.

And a French comedian whose shows have been banned for being anti-Semitic is increasingly popular among both Muslims and non-Muslims, notes Avraham.

He adds that this week’s big demonstration focused primarily on the murders at the Charlie Hebdo magazine offices and the issue of freedom of speech, not the murders at the kosher market. “You saw signs of identification with the newspaper, not with the Jews. In general, when it comes to the murder of Jews or attacks on shuls, the French will say it’s terrible, but… There is always a ‘but.’”

It’s no surprise, then, that Jews are leaving France in large numbers. “There is an atmosphere of leaving,” Avraham says. “Cafés frequented by Jews seem emptier and you see more older people in shuls.”

He’s trying to raise money for an adult education program, but donors are no longer interested in investing in such ventures. “They don’t feel there’s a future here,” he adds.

The young people are packing up for Israel, and their parents are talking about following them. But not everyone has a job that allows them to pick up and leave. Avraham, for instance, is a teacher and doesn’t have the kind of resources needed to meet his family’s needs, much less buy a home in Israel.

Unable to afford either Israel or New York, Avraham will stick it out in France, where he will not let his sons play in the park on their own, or his daughter even walk on the street alone. Where he paints over the “shin” on his mezuzah and will not go downstairs to collect the mail without putting on a hat. Where the main gate at the Rottenberg shul he attends is locked shut on Shabbos afternoon, and people coming for Minchah have to use a side door with a combination they punch in.

It’s not the same France, says Avraham, in an obvious understatement.

On second thought, going back 75 years, maybe it is.